A Modern Military Needs To Embrace Modern Standards Of Innovation

Throughout the Cold War, the Department of Defense was on the cutting edge of technological development. It was an integral... 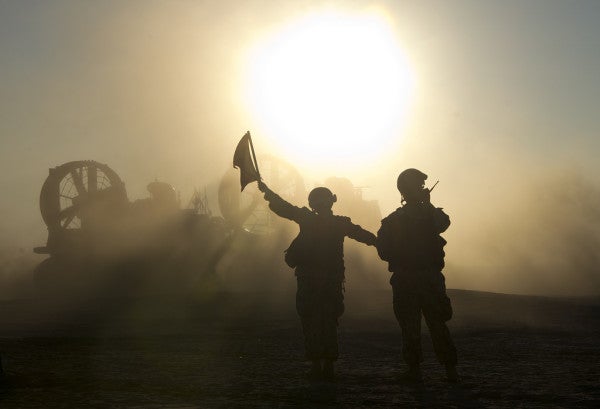 Throughout the Cold War, the Department of Defense was on the cutting edge of technological development. It was an integral part of the strong, three-pronged partnership that included academia and industry. Technologies as diverse as the atom bomb and the internet trace their roots back to defense-driven innovation, and DoD was one of the catalysts for what became Silicon Valley.

However, recent years have seen this trend reverse. With some exceptions, the most innovative companies in the world have a very small footprint in the defense space, even as national security decision makers seek to integrate those tools. Furthermore, DoD has done a poor job of fostering a widespread and enduring culture of creativity within its people, inhibiting those closest to emerging technology from realizing its full potential. Our leaders often proclaim that people are our most important asset, but in reality, hardware actually seems to be the goal.

As the Defense Department looks once again to the Defense Innovation Initiative to counter growing threats, our leadership should look more to developing the innovative and adaptive instincts of its human warfighters rather than looking for salvation in three-dimensional printing, laser weapons, and robotics. The very nature of technological advance means that everything created will eventually become obsolete. The humans using those tools, if educated and empowered correctly, never will. In fact, creating a generation of adaptive warfighters who can seamlessly transition across fields will minimize the need for successive offset strategies — an ever-evolving corps of personnel will necessarily be able to meet whatever challenges the future holds.

To be sure, technology is critical to warfighting success. I would rather fly an F/A-18 Super Hornet than a Sopwith Camel. However, that very evolution shows the disconnect between our defense culture’s willingness to adopt new technology while clinging to status quo personnel policies. If I were to take a time machine back 50 years, our carrier air wings would have very different aircraft on the flight deck than we fly today, yet the personnel advancement and educational development systems would be starkly similar. Many of our policies toward people are immovably rooted in Industrial Age techniques, while Information Age technology infuses our professions. We expect seamless integration of new tools while refusing to advocate for the adaptive and empowering personnel policies that have sparked one of the greatest technological booms in history.

While flying combat missions over the skies of Afghanistan, I had charge of a $70 million aircraft, sometimes two, with orders to navigate very ambiguous and complex situations. On many occasions, we were trusted to make life or death decisions based only on descriptions from a ground controller and a grainy forward-looking, infrared image. We had final authority to drop weapons (or not) based on our training and the developing situation, without guidance from higher. Yet when I returned to instruct at an F/A-18 training squadron in San Diego, I was not allowed to have a beer after midnight unless I got permission from my direct superior and submitted a written plan of action to safely get home. Until and unless we trust our people in garrison as much as we do in combat, all the technology in the world will not elicit the best out of the most adaptable warfighting tool ever devised: our people.

Ultimately, true innovation occurs at the intersection of trust and empowerment. Trust is rooted in deep relationships built over time. Generally, we as military officers and defense practitioners are poor at networking and fail to train to the relational aspect of getting things done.

This is nowhere more evident than in DoD’s recent outreach to Silicon Valley. While a start, I would be surprised if it actually uncovered previously unknown technologies. Instead of making the first move and developing long-term relationships with companies in the valley by funding a permanent, robust physical presence, DoD put up a website and told Silicon Valley to come to them. This is problematic for two reasons: Every company in Silicon Valley with a viable technology necessarily has market share outside the government, and their most profitable avenue is far removed from an arduous acquisition process. The second is that, quite frankly, these organizations don’t trust the government. Why should they? Senior officials come for a maybe a week, meet some folks, then go back to D.C., passing off further engagement to subordinates. Furthermore, the “Give us your technology!” mantra completely misses what made Cold War-era collaboration so potent: The free-flowing exchange of ideas to arrive at collaborative and mutually beneficial solutions. Silicon Valley is a potent region filled with those who would love to contribute, but DoD must take the first step to meet them where they are at, and learn their cultural language first before blithely asking for assistance.

The importance of building relationships also leads to empowerment, the true driving force behind lasting success. While the wars of the past 13 years were at best draws, the high points came not from precision-guided munitions or whiz-bang tools, but rather the unique application of technology combined with creative adaptation of leaders on the ground. Leaders trained in fire and maneuver techniques ended up serving in conflicts they were poorly trained for, not because the training itself was bad, but because the challenges that needed to be solved could not be easily taught. Instead of finding and closing with the enemy, many military leaders found themselves rebuilding villages from scratch by finding economic, political, and moral solutions to challenges they could never have imagined. The most creative officers, and the ones best able to adapt, were also the leaders in areas where the biggest successes occurred. Foundational to this success was building coalitions of people across ethnic and cultural barriers to get things done. It was meetings with village elders, not JDAMs, that ultimately won small victories.

As the DoD embraces “Innovation!” it would do well to find ways to rely less upon widgets and instead build up the human capital that can adapt to changing realities. I know from first-hand experience that it exists in droves, waiting to be unleashed, if only our institutions would focus on empowering our people instead of salivating over the next technology that will inevitably become obsolete.