The Misconception About Innovation In The Military

In his 1967 work “Inside Bureaucracy,” Anthony Downs gives the Law of Increasing Conserverism, which states, “In every bureau, there... 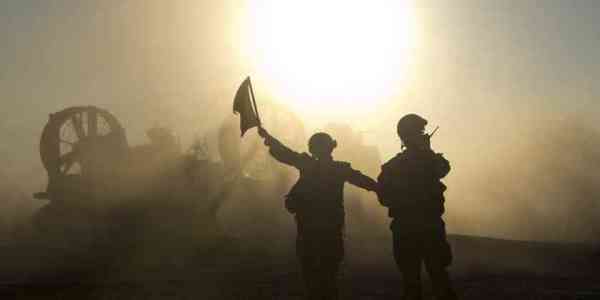 In his 1967 work “Inside Bureaucracy,” Anthony Downs gives the Law of Increasing Conserverism, which states, “In every bureau, there is an inherent pressure upon the vast majority of officials to become conservers in the long run… conservers tend to be biased against any change in the status quo.”

While not a best-selling classic, Downs captured a common misconception about former and current service members. As they spend more time in stifling bureaus, service members pick up the bureaucracy’s stifling characteristics, growing less open to new ideas over time. This inaccurate mindset can become deeply ingrained in the heads of current and former service members themselves, weighing on them as they seek to lead change in the dynamic world of the 21st century.

Thankfully, Downs’ “law” was no such thing. It was a generalized hypothesis that does not hold up to closer inspection. Service members, despite the view that military bureaucracies can’t change, have a long history of being innovative, especially when the stakes are highest. This is true whether they serve on active duty for a few years or a full career. Moreover, service members develop a skill set in what I refer to as the “politics of innovation,” something that makes them unique compared to civilian peers who have not had to navigate the politics of government bureaucracy.

Adaptation in war is a hallmark of American troops. One anecdote of this is the story of “gun truck” evolution in Vietnam and the Second Iraq War. As told by Dr. Nina Kollars in the Journal of Strategic Studies, the Army’s 8th Transportation Group arrived in Vietnam in October 1966. Responsible for line haul from seaport to inland base, the soldiers of the 8th were asked to perform a mission for which they were not adequately equipped. On Sept. 2, 1967, a convoy of “deuce-and-a-half” cargo trucks were ambushed, taking automatic weapons fire from the North Vietnamese Army. Unarmored and reliant on other units to respond to their defense, the convoy sustained seven dead, 19 wounded, and lost 30 of its 37 vehicles.

The group, however, quickly adapted. Not waiting for someone higher up to solve their problems, the soldiers took whatever metal they could find to reinforce their vehicles, repurposing the hulls of bombed-out armored personnel carriers, using discarded scrap metal, and even making use of double-walled lumber and sandbags for protection. To provide the ability to fight back, drivers leveraged their friendships with helicopter pilots, taking the pilot’s 7.62 mm Minigun “on loan.” Less than three months after the initial ambush, the deuce-and-a-halfs of 8th Group were all armored gun trucks. By 1969, the idea had spread to other groups in the region and become a fixture across Vietnam.

Perhaps a more impressive measure of innovation is in the military’s ability to change its fundamental task in war. Even the most innovative civilian businesses rarely accomplish a change in their central task, or what defines their essence as a company. The most innovative car companies, for example, create new models of vehicles or upgrade existing models in thoughtful ways. But they don’t change their core task of making vehicles. Over the past 14 years, the U.S. military was asked to change, or at least add to, its central task.

In a trip to Afghanistan documented in his memoir “Duty,” former Secretary of Defense Robert Gates met a captain in the Army who had been asked to do just this. Gates explains his January 2007 trip:

I was met by Captain Scott Horrigan, the commander of FOB Tillman, who gave me a tour … The walking tour across snow, rocks, and mud brought home to me just how much we were asking of our young officers and troops in these isolated posts. Captain Horrigan was overseeing road building, negotiating with local tribal councils, training Afghan soldiers—and fighting the Taliban. His base was attacked by rocket and mortar fire at least once a week. The range of his responsibilities and the matter-of-fact way he described them and conducted himself took my breath away.

Horrigan and his men innovated in the most fundamental sense of the word. By embracing the task of government and society building, in addition to the traditional task of warfighting, they altered the core task of their organization. Whether this was too much to ask of the Army is a different question. The point remains: Service members can innovate, and in profound ways when the stakes are highest.

If anything, troops pick up skill sets for innovation that are unique compared to their civilian peers. In addition to the creativity to generate new ideas, they learn the political aspects of selling those new ideas as they maneuver the military bureaucracy. Both skill sets — idea generation and idea salesmanship — are required to generate sustainable change.

Another way of describing military innovation is as the product of two currencies. The first currency, what I call “idea capital,” represents the value of a powerful new idea and the knowledge to bring it about. The second currency, “political capital,” represents the support of key military and civilian leaders to execute change. A reality of change in a bureaucratic environment is that both currencies are crucial for innovation.

More than just “being liked,” political capital is a form of trust with those in power. Service members learn to advance themselves and their ideas by building trust with their leaders, whether that be their immediate commander, civilian leadership, or even the public at large. Though the maintenance of trust is never described as a means of advancing innovation, the importance of integrity and honor are central in military training. Service members learn early on that the most compelling ways to sell innovation are founded in their own personal integrity and organization’s purpose. Indeed, as members of a profession devoted to service, troops are especially attuned to the importance of “starting with why” in selling an idea. Whether they realize it or not, they have picked up the skill of political capital when innovating.

Service members, both active duty and veteran, should be mindful of their innovation skill set. And whether they work in Silicon Valley or the Pentagon, they should carry themselves with confidence as they seek to adapt their organizations to a rapidly changing world.