In the same way that service members and veterans train to become better soldiers, sailors, airmen, or Marines, they can... 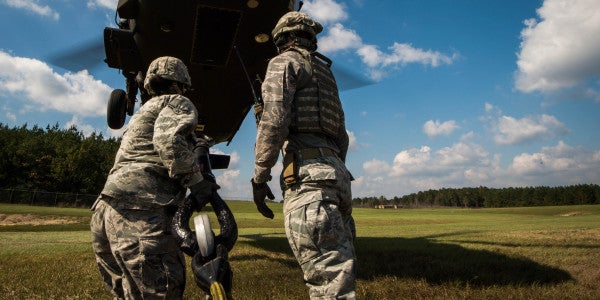 In the same way that service members and veterans train to become better soldiers, sailors, airmen, or Marines, they can train to become better innovators. Innovation is not a flash of brilliance, doesn’t have to be expensive, and it’s not the secret sauce of select companies in Silicon Valley. Innovation is a skill that anyone can develop. It’s the activity of rapid experimentation with a clear measure of improvement.

The military often describes innovation as something to be bought or sold; it’s a new generation of technology or an upgraded weapons system. Skills, on the other hand, are developed with practice. Marksmanship is improved on the firing range. Some are better marksmen than others, but anyone is capable of improving with practice. The same is true of innovation.

Below are three foundational building blocks for an innovation training plan. They can be implemented tomorrow by anyone interested in a more innovative organization.

Find the motivation to train.

Why bother to train unless the training will pay off? The foundation of an innovation training plan is the mindset that improvement is possible.

In what's known as the PERTS lab, Stanford psychology professor Carol Dweck and her team have shown the benefit of believing that one’s talents can grow over time. Whether the human brain is in fact capable of growth, Dweck has found the mere belief that abilities are flexible leads to increased performance. She labels this belief a “growth mindset,” the opposite is a “fixed mindset.” Dweck has found the positive effects of a growth mindset everywhere from athletics to math classes. The effects come in part from the view that challenges are opportunities to be overcome, not obstacles to be avoided. Taking on challenges provides a learning opportunity and the potential for growth.

Anyone who has trained for a physical competition has thought the same way. The marathon runner begins training with the belief, spoken or not, that logging miles on the road will lead to better running during the race.

A growth mindset may be more important for innovation than for running. The essence of innovation is rapid experimentation. Most experiments fail, at least in the sense that they do not solve an innovator’s problem. A growth mindset supplies the motivation to start experimenting in the first place because it frames failure as the key learning. The commitment to continue experimenting after many failures — having the “grit” to keep working over months or years — is key to innovating in areas with no easy solution.

Encourage failure that leads to learning.

We would rather be hero than goat, preferring an activity that is esteemed, or respected by others, to one that is ridiculed. Because experimentation and failure go so closely together, whether failure is esteemed is a limiting factor on innovation. Esteem can come from multiple directions: above from a leader, below from subordinates, or laterally from peers. All organizations, military or civilian, get the behavior they esteem. If praise is given for avoiding mistakes, members of an organization will stick to skills with which they are comfortable while avoiding activities they have not yet mastered. If praise is given for experimenting with new ideas, innovation will follow.

When Silicon Valley’s fastest-moving companies describe an “innovative culture,” they mean a culture that esteems failure in the service of learning. Facebook employs “culture warriors” to remind its team members of getting esteem right. Companies like IDEO have banned the word “failure” altogether. Others have embraced the mantra of “fail fast.”

Praise of failure does not come naturally for those with military experience, who do not need to be reminded that it can cost lives or waste taxpayer dollars. Yet, we are also prone to confuse what is “comfortable” with what is “safe.” When the military is fighting a new type of warfare — counterinsurgency, for example — familiar methods of fighting may be more dangerous than trying something new.

To lay the foundation for innovation, the military can create safe spaces in which to experiment for the sake of learning. Exercises and wargames are two examples. Wargames are not new, but what defines an innovative wargame is the esteem of failure during the wargame.

The lead designer of Google Glass, Steve Lee, was asked to build a one-of-a-kind hardware product at a company whose strong suit is software. Lee and his team did not know what problems they were trying to solve: computing problems, ergonomic problems, hardware limitations, or all of the above. To begin, he wired a set of glasses to a computer. He threw the computer in a backpack and wore the ensemble around the Google campus. Lee told Fast Company in a May 2012 article: “I mean, I had no previous experience with wearable computers beyond, like, a watch. So from day one, I started putting these devices onto my face and understanding the ergonomics and the social factors and comfort issues beyond just what kind of cool functions we could add to the system.”

Lee would eventually create dozens of prototypes and hundreds of variations of Google Glass. But the initial prototypes allowed him and his team to learn what problems were the most important to solve, such as how a user could best interact with the device (swipes of the finger rather than voice commands), and where to store the information in the field of vision. As Lee’s story shows, the first step in the learning process is defining what exactly counts as improvement. Experimentation is the means to begin this process of learning.

The initial prototype of Google Glass was an example of a “minimum viable product,” or MVP. As Eric Ries describes in “The Lean Startup,” entrepreneurs are better off releasing an incomplete product rather than something fully polished. A product, once released, begins the process of learning as users interact with the product and give feedback. For a military innovator, an MVP can be broadly defined as any policy or tactic leading to a change of behavior.

Together, the three blocks define a new way of thinking about innovation: It is a skill to be developed. When the belief that problems can be solved meets a clear measure of improvement and the opportunity for rapid experimentation, human ingenuity takes over the rest.

The skill of innovation is more important than ever as the global security environment and economy change at an increasing pace. Veterans and service members can start developing the skill now. We have been comfortable with training since day one; we need to expand the training mindset to include innovation.