After five years on active duty as an enlisted intelligence specialist in the U.S. Army, Ethan Dietrich made the decision... 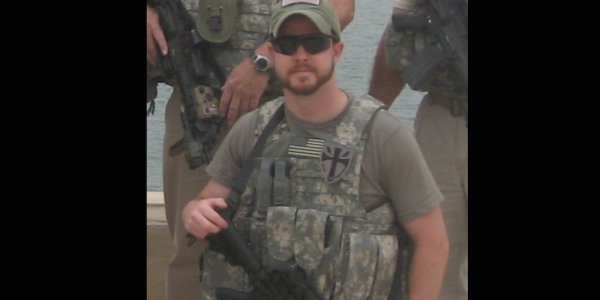 After five years on active duty as an enlisted intelligence specialist in the U.S. Army, Ethan Dietrich made the decision to hang up his uniform and join the civilian world. As he wrapped up his final deployment and explored his post-service options, Dietrich quickly realized that going to college was not going to be a viable choice.

Like many other post-9/11 veterans, Dietrich found it difficult to access the educational benefits he had earned. It was 2004, and though he had identified North Carolina as his state of residence while on active duty, and in spite of filing a state tax return in North Carolina for five consecutive years, he was unable to qualify for in-state tuition.

The price of attending college as an out-of-state student was prohibitive and forced Dietrich to sideline his aspirations for higher education. Instead, he accepted a job offer from a civilian defense contractor and eagerly served out his final days in the Army.

When time came for Dietrich to officially separate from the Army in 2004, he made his way to Kentucky from Iraq. He arrived at his home station of Fort Campbell direct from combat, with sand from the Middle East still caked on his uniform. The base was eerily quiet with most of the military population forward deployed to Iraq and Afghanistan, and Dietrich was largely on his own to outprocess from the Army and transition to a new life in Washington, D.C.

As a defense contractor, he quickly proved himself and moved up the ranks from his entry-level position as a technical writer. In just a few years, Dietrich became a senior project manager overseeing many multimillion-dollar government programs.

Although he found career success in the defense sector, Dietrich grew frustrated with what he perceived as a business model that did not embrace innovation, and a culture he felt couldn’t move quickly enough to leverage emerging technologies. He found that within himself he had the tools for disruptive change in the cyber security market, and ultimately left the comfort of a well-paying job to start his own entrepreneurial endeavor. In 2014, Dietrich launched SIXGEN, a cyber security technology startup.

Dietrich calculated that the money he had saved in the bank would give him a year of time to prove out his new business effort and still provide livelihood for his family. In order to be successful though, he needed to maximize the time he had available. In May 2014, one month after founding SIXGEN, Dietrich attended Patriot Boot Camp at the Goldman Sachs headquarters in New York City.

After the workshop, Dietrich recruited two people to join him at SIXGEN: a chief technology officer with a master’s degree in artificial intelligence and a chief engineer with a background in network hacking. This blended experience gave the SIXGEN squad a unique perspective on the cyber security industry. The team worked together to develop a product that would allow cyber security professionals to prove their skills in an interactive clinical environment.

That early product grew to become a cyber security training simulator that seeks to be the equivalent of the legal industry's “bar exam” for cyber security professionals. Today, a year after its founding, SIXGEN has five paying customers with long-term contracts and is on pace to expand revenue significantly in 2015.

The journey of Ethan Dietrich and the success of SIXGEN is a testament to the hard work and adaptability that U.S. military veterans can bring to entrepreneurship. While many industries put heavy value and emphasis on college degrees, technology startups value execution, a trait that is near and dear to the hearts of post-9/11 military vets.