5 Army Installations With Terrible Base Housing

The U.S. military has bases all over the world boasting nearly 800 military bases in more than 70 countries. The... 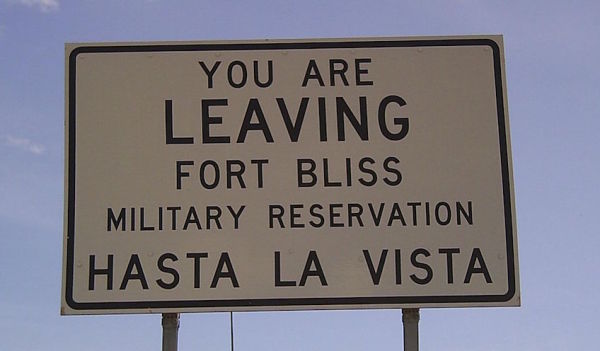 The U.S. military has bases all over the world boasting nearly 800 military bases in more than 70 countries. The Army alone has more than 50 in the continental United States.

While some of these places boast good housing with exciting landmarks, fun social atmospheres, and close proximity to all of life’s necessities, the same can’t be said for all installations. Task & Purpose polled its readers to determine which installations are least liked across the service.

Here are the Army’s five worst stations for base housing.

Considered by our readers to be the worst of the worst, Fort Bragg is spread across Cumberland, Hoke, Harnett, and Moore counties in North Carolina. The nearest city is Fayetteville. Managed by Corvias Military Living, Fort Bragg has nine neighborhoods with an overabundance of houses and schools. However, according to the Automated Housing Referral Network, not all the neighborhoods are equal in quality, nor are the schools. Traffic both in and around the post is reportedly terrible. Since the drawdown, many houses have remained unfilled. Crime has also been an ongoing concern for families living on post. If that weren’t enough, between 2007 and 2011, 12 infants died of mysterious causes.

Fort Sill is home to the Army’s artillery training base. Crime is reportedly an issue off post, but on post the scene is quiet — apparently too quiet. The nearest metropolitan areas are Tulsa and Oklahoma City, which are both more than an hour away by car. Many residents complain about the lack of things to do in the area both for younger service members and for families with children. Additionally, people living both on and off post have reported gang activity in the surrounding area of Lawton. The real problem with Fort Sill, it seems, is Lawton.

Fort Bliss, in El Paso, Texas, is the third worst base for housing, according to Task & Purpose readers. Many people complained about the actual housing on base, saying that the buildings are old and run down. Since the base is growing, however, the military is renovating, albeit very slowly. Because of how vast Texas is, many residents and former residents say it’s like living on an island in the desert. As a result, some service members and their families have taken to calling the base “Fort Piss” and the surrounding area “Hell Paso.”

Fort Campbell is home to the 101st Airborne Division. This is one base that people either really love or really hate. Though the cost of living is generally low, families report that basic allowance for housing is just enough to survive. Post traffic can also be very bad. Additionally, many residents are not fans of the lack of amenities save for a Walmart or two. Many families complain about the medical treatment system there as well.

Nestled in Watertown, New York, Fort Drum is ranked among the worst Army bases to be stationed. Many residents complain about the weather and its incredibly harsh winters. The base was home to a number of unfortunate drinking-related incidents in the 90s, which earned it the nickname “Fort Drunk.” Service members and families who have been stationed there said that the civilian divide here is very apparent, and can be tricky to navigate.