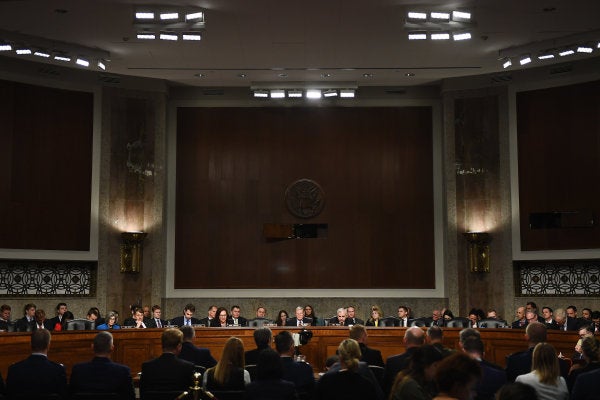 Several senators have signed onto new legislation which would give the Defense Department more responsibility and oversight of privatized housing companies, as well as more rights regarding clean and safe housing environment for tenants.

“Our service members make sacrifices to protect our country, and they and their families deserve safe, affordable housing that isn't falling apart around them,” Warren said. “This bill will eliminate the kind of corner-cutting and neglect the Defense Department should never have let these private housing providers get away with in the first place.”

If approved, the Defense Secretary would “establish formal written requirements and guidance for entering into and renewing contracts” with the housing companies, and the secretary could also rescind any contracts if the company was found to have violated the agreement, and not fixed it within 90 days.

Currently, contracts span 50 years, and it's unclear how often the Defense Department revisits them.

The Secretary would also “consider any history of the landlord of providing sub-standard housing” when deciding whether or not to enter into or renew a contract with a housing company.

Co-sponsor Sen. Martin Heinrich believes that the reports which have already come out — displaying dismal living conditions, including mold, pests, asbestos, and more in privatized homes — shouldn't be discounted.

“They should absolutely factor in,” Heinrich told Task & Purpose. “And I think at the base commander level, I think there will be a lot of historic knowledge that should be part of the decision making in all of this.”

Heinrich also said that something the Senate Armed Services Committee is considering, though it's not in this bill, is a “national standard” for building codes.

“There have been substantial improvements in what we expect in building codes, and that has a huge impact on health, safety, and general comfort,” Heinrich said.

Something else the bill would do is require the secretary to put in contracts with landlords that they're responsible for “all associated medical costs if the landlord has not maintained the standards of habitability.”

The issue of health problems arising from things like mold in housing has proven a major concern among both military families and Army officials, and the service recently launched a registry to track health concerns from housing issues.

As of now, there have not been any Republicans signing onto the bill, though Leacy Burke, spokesperson for SASC Chairman Sen. Jim Inhofe (R-OK), told Task & Purpose that Inhofe is “taking input from all Committee members, and his mark for the NDAA will include meaningful reforms for privatized military housing.”

Communications director for Sen. King (I-Maine), Matthew Felling, told Task & Purpose that he expects the bill's language to “inform discussions in the NDAA markup coming up in the near future.” A spokesperson for Sen. Tim Kaine (D-Va.) said he “believes companies' contracts with the government should be adversely impacted if they fail to meet the requirements of the contract or improve their performance.”

A spokesperson for Sen. Tammy Duckworth (D-Ill.) said the congresswoman been “consulting with DOD to determine what the best methods will be – and trying to figure out whether the magic number is 90 days or if it's something similar.”

Army Secretary Mark Esper told reporters on April 30th that withholding BAH — something the service secretaries outlined in their tenant bill of rights, which would “be enforced through renegotiated leases” — and incentive fees to the companies is one of the best ways forward.

“We need to do a lot better, we are on the right path, we have a couple dozen plus initiatives underway, but at the end of the day you're right: We have to see clear results, clear performance,” Esper said. “And if they're unwilling to do that … we can withhold basic allowance for housing, so we've empowered families to do that now. Certainly we're going to renegotiate incentive fees, and I think hitting them in the pocketbook is what companies respond to first and foremost.”

Esper also said that he and the other service secretaries would be meeting with the housing CEOs “in a few weeks” to lay out their expectations.

“These families deserve to be focused on their service and not having to fight these fights,” Heinrich told Task & Purpose. “They should expect safe, healthy, first-world housing as part of that service.”