Three of the biggest provisions still haven't been finalized. 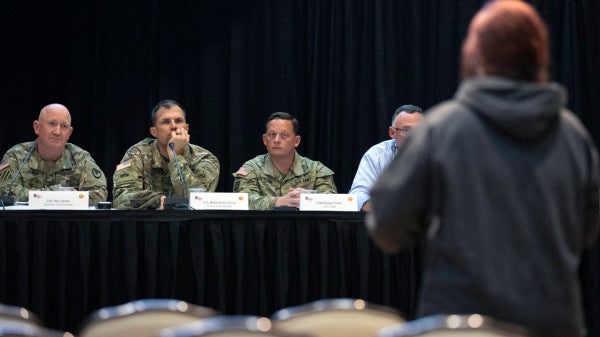 The Defense Department has once again failed to deliver on its promises to U.S. service members and their families that live in privatized military housing.

When Defense Secretary Mark Esper released the Tenant Bill of Rights in February — a document which identified a total of 18 rights intended to give military families more control over their living situations, which was co-signed by each of the service secretaries — the DoD set a deadline to provide “the full benefit” of 15 rights by May 1st.

Those rights included things like the right to living in a home that meets health and environmental standards, the right to have sufficient time to prepare for move-in and move-out inspections, the right to access an electronic work order system, and more.

The remaining three provisions (the right to access a home's maintenance history, a process for dispute resolution, and the right to withhold rent until disputes are resolved) still needed to be worked out, Esper said in the original document.

But according to a June 1st memo signed by W. Jordan Gillis, the assistant secretary of defense for sustainment, the Defense Department has only implemented 14 those rights, not 15 — and those that have been finalized aren't guaranteed at every installation.

Though Gillis says in the memo that he was “pleased to announce” that those 14 rights “are fully available to military service members and their families,” he says in the very next sentence that there are “a few instances” in which a right may not be fully available, depending on the installation.

The 15th right — the right to common documents and forms for housing units across installations — has now been put on pause. It joins the three other (and arguably most important) rights that were still being worked out in February.

Gillis said in the memo that the DoD is still working out how to provide those rights to military families. It's unclear if anything has changed since June 1st; the Defense Department did not respond to several requests for comment from Task & Purpose.

In February, top lawmakers were furious that the Defense Department had left off those three major provisions, calling it a “missed opportunity,” and criticizing the Pentagon for misleading families by making them think those rights would be included when a draft of the rights was circulated last spring.

“This goes directly against the promises made by the Department and the housing companies that they would work to regain the trust of our military families,” Sens. Jim Inhofe (R-Okla.) and Jack Reed (D-R.I.), the chairman and ranking member of the Senate Armed Services Committee, said in a joint statement at the time.

Esper told lawmakers in February that he might need Congress' help in implementing those rights.

But two DoD officials explained in March that the “underlying issue” in providing those remaining rights was that the financial backers of the Military Housing Privatization Initiative were uncomfortable with them.

“This isn’t just about, also, OSD, the military departments and the project companies — we have this other entity out there we have to be sensitive to because they have a say in it because of the loan that they have on all of the projects,” one official said.

“This is not the gold standard,” the lawsuit from Fort Meade families said. “This is no standard at all.”