‘Infested with mold and insects’: Lawsuit sums up how hazardous privatized military housing really is

“These people are beyond slumlords." 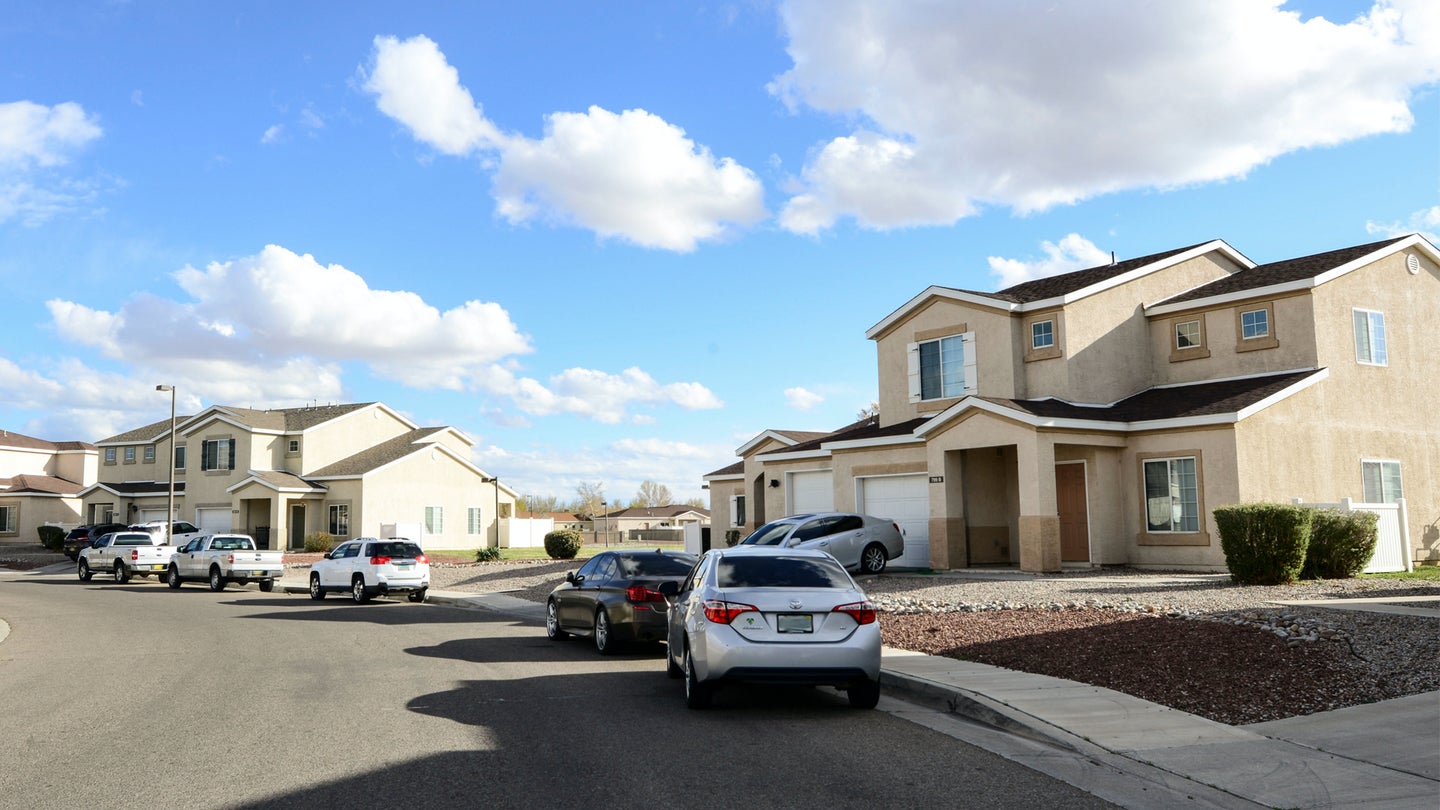 A new lawsuit filed by two military families against their privatized housing provider lays out in excruciating detail just how horrible military housing really is.

The lawsuit was brought by two military families on Wednesday against Monterey Military Housing and its owner Clark Realty Capital LLC. In the complaint filing, Marine Maj. Ryan Keller and Navy Cmdr. Louis D’Antonio allege that mold, rodent infestations, and sewage leaks were found in their homes in California, which resulted in ongoing health issues for their families.

“These people are beyond slumlords,” the families’ attorney, Jim Moriarty, told Task & Purpose. “These people are awful, they are dishonest, they give crappy property to our military families and then they screw them when the property turns out to be uninhabitable.”

“What this company has done is beyond outrageous.”

Monterey Military Housing and Clark Realty Capital did not respond to Task & Purpose’s request for comment.

While the lawsuit details the alleged horrors these two specific families faced, it also explains broader problems with privatized military housing that, frankly, could apply to any number of cases, at any number of military installations.

“Instead of providing satisfactory housing, the landlord companies have for many years concealed harmful housing conditions for unsuspecting military personnel and their families,” the lawsuit says. The filing goes on to describe all of the things that military families in general, and these two in particular, have to do deal with for the full basic allowance for housing (BAH) that they receive: “leaking pipes; seeping sewage; excessive moisture; repulsive rodent and insect infestations; and systemically-poor maintenance.”

It says that companies ignore residents’ complaints “or provide only token repairs to cover up the extent of the dilapidation,” leaving service members in “a time-consuming and taxing cycle” of waiting for maintenance, believe they’re probably fixed, and then discovering later the problems actually aren’t resolved.

Many of these problems have resulted in lawsuits filed by military families around the country, from Fort Hood, Texas, to Camp Lejeune, N.C., Fort Meade, Md., and Fort Bragg, S.C.

One of the families this lawsuit focuses on is Navy Cmdr. Louis D’Antonio, his wife Amber, and their four children who moved into their home at the Parks at Monterey Bay in June 2018, according to the lawsuit. After moving in they quickly discovered a “pungent” smell coming from their daughter’s bedroom closet. The smell was so repugnant that a contractor who came to remove drywall inside the house became nauseous, and one of the little girl’s teachers told Amber “that there was a stench emanating from” her clothes.

While the D’Antonios tried to deal with the smell, they noticed that “mold had begun to grow through the floors and on the tub in the bathroom.” Contractors were called to address the mold, and ultimately failed at least three times. When they moved into a new home as a result, they found “pests and hair in the bedsheets, a shower without hot water, and signs that the house had undergone mold remediation work.” The new home was discovered to have mold shortly after they moved in, resulting in the family moving to their third home in 15 months, the lawsuit says.

“Within months of moving into the house,” the lawsuit explains. “The entire family began suffering from health conditions caused by poor housing conditions.”

The children all had persistent runny noses, coughs, and itchy eyes; one daughter had to leave gymnastics because she developed “frequent and alarming dizzy spells;” another daughter who “had previously been very athletic” wasn’t able to run without losing her breath; Louis had “chronic congestion” and red eyes; Amber had joint pain in her fingers. All of them saw “a wide variety of physicians” as a result.

Ultimately, many of their personal belongings were ruined and they expect to have continued health issues.

“Imagine what it’s like,” the D’Antonios lawyer, Moriarty, said on Thursday. “To find out that unbeknownst to you, the home that you live in right now is completely contaminated, the company’s completely incapable of making it habitable — has tried and failed, tried and failed, tried and failed — and then they make you, at your own expense, take everything you own that’s wearable, that’s cloth or fabric that could absorb mold, and you’ve got to haul it to the dump at your own expense.”

Marine Maj. Ryan Keller, his wife Samantha, and their three children’s experience in their home was all too similar to the D’Antonios: persistent issues that seemed to be addressed by the landlord, but in reality, weren’t addressed at all.

The lawsuit alleges that even though the landlords said they would take care of the mold growing in their home, the work “failed to adequately remediate the situation,” and the home the Kellers were moved into temporarily was also “infested with mold and insects.”

The Kellers’ began  experiencing health issues like shortness of breath, wheezing, sore throats, coughs, and rashes. They had to get rid of most of their personal belongings as they were ruined by the mold.

Moriarty said while he doesn’t expect the housing companies to “go out of their way, fall over backwards to take care of” their tenants, he at least expects them “not to deliberately screw” them.