Toxic breast milk. Contaminated umbilical cords. Testicular cancer. Organ failure. These are just some of the side effects of the... 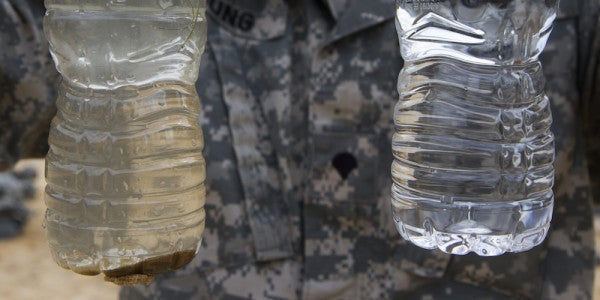 These are just some of the side effects of the chemical compounds that have poisoned drinking and groundwater sources at dozens of military bases across the country, according to a major government study that the White House and Environmental Protection Agency sought to keep from the American public.

If you want a visceral portrait of the horrifying impact of PFAS contamination, I highly recommend this jaw-dropping reporting from Military Times' Tara Copp, who spent the last several weeks speaking to veterans and their families who have had their lives destroyed by chronic issues that are likely connected to years of exposure to the chemicals. In one case, Copp spoke to a female airman who was told “don’t get pregnant at George Air Force Base” when she PCSed there in the mid-1970s.

“You rely on the service to keep you safe,” she told Copp. “And although there’s no guarantee of safety, when you’re stateside you certainly don’t expect toxic exposure.”

Read the whole HHS report below and Copp's full report over at Military Times.