How Would You Repaint Air Force One To Make It Look ‘More American’?

Every president puts their own personal touch on the highest office in the land, but a new, patriotic paint job... 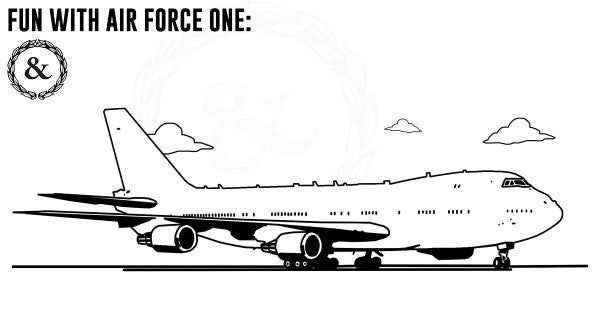 Every president puts their own personal touch on the highest office in the land, but a new, patriotic paint job for Air Force One would certainly be a new one.

A report from the DC insider yentas at Axios suggests that President Donald Trump is considering a new “more American” look for Air Force One compared to its current pain job, which the president described as “Jackie Kennedy color.”

The Trump administration nailed down a $3.9 billion deal with AF1 manufacturer Boeing for two new aircraft with a projected delivery date of 2021, and the president is clearly invested in the aesthetics of his new chariots. In fact, Axios notes that Trump sat down with Boeing CEO Dennis Muilenburg back in February to personally hash out the deal.

We respect the president's hustle, but not the work of Axios' art team (sorry). I mean, a screaming eagle on Air Force One's nose is a little too, well, on the nose, isn't it?

We think T&P; readers can do a lot better, so we asked our community manager and resident memelord Aaron Provost to mock up a fresh, unblemished version of the iconic presidential chariot for your edification.

Once you've completed your masterpiece, post it in the comment section. This is a contest. Winner gets a Golden Rambo and a T&P; whiskey glass, as well as a pointed line of questioning.