“Debbins betrayed his oath, his country, and his Special Forces team members with the intent to harm the United States and help Russia." 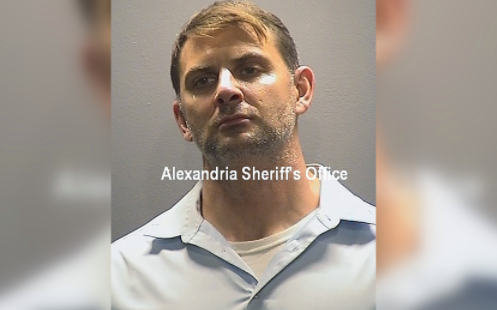 A former U.S. Army Special Forces soldier has pled guilty after being charged with spying on behalf of Russia earlier this year.

Peter Rafael Dzibinski Debbins, 45, pled guilty on Wednesday to “conspiring with Russian intelligence operatives to provide them with United States national defense information,” according to the Justice Department.

He’ll be sentenced on Feb. 26 next year; the maximum penalty Debbins faces is life in prison, though the DOJ said in the release that sentences for federal crimes are “typically less than the maximum penalties.”

Debbins was arrested on Aug. 21, 2020. According to the Justice Department, he allegedly conspired with Russian intelligence operatives from Dec. 1996 to Jan. 2011.

He first visited Russia as a 19-year-old in 1994, according to the indictment, though his relationship with Russian intelligence started when he was in ROTC at the University of Minnesota and was visiting Russia for an independent study program, AP reported.

Debbins lived in Russia between his graduation in Sept. 1997 and the beginning of his Army service in July 1998. During that time he was given a code name, “Ikar Lesnikov,” and allegedly wrote in a statement that he wanted to “serve Russia.” He met his wife there and married her in Nov. 1997, according to the indictment.

His father-In-law was a Russian military officer.

Debbins was selected for Special Forces in 2001, and completed his training in June 2003, when he was assigned as a captain to the 1st Battalion, 10th Special Forces Group in Germany. According to the DOJ, Russian agents “allegedly encouraged him to join and pursue a career” in Special Forces.

He was given a top-secret security clearance in 2004, which he lost after being investigated for a security violation during a deployment to the Republic of Azerbaijan.

He was honorably discharged from active duty in Nov. 2005, the DOJ says, and served in the inactive reserve from Dec. 2005 to 2010 while working for a Ukrainian steel manufacturer and transportation company in Minnesota.

Throughout his work with Russian agents, Debbins allegedly provided information about his Army units, along with the “names of, and information about, a number of his former Special Forces team members so that the agents could evaluate whether to approach” them in the interest of working with them as well.

The indictment says that Debbins “considered himself pro-Russian and a loyal son of Russia,” and that he thought the U.S. “was too dominant in the world and needed to be cut down to size.”

“Debbins betrayed his oath, his country, and his Special Forces team members with the intent to harm the United States and help Russia.”