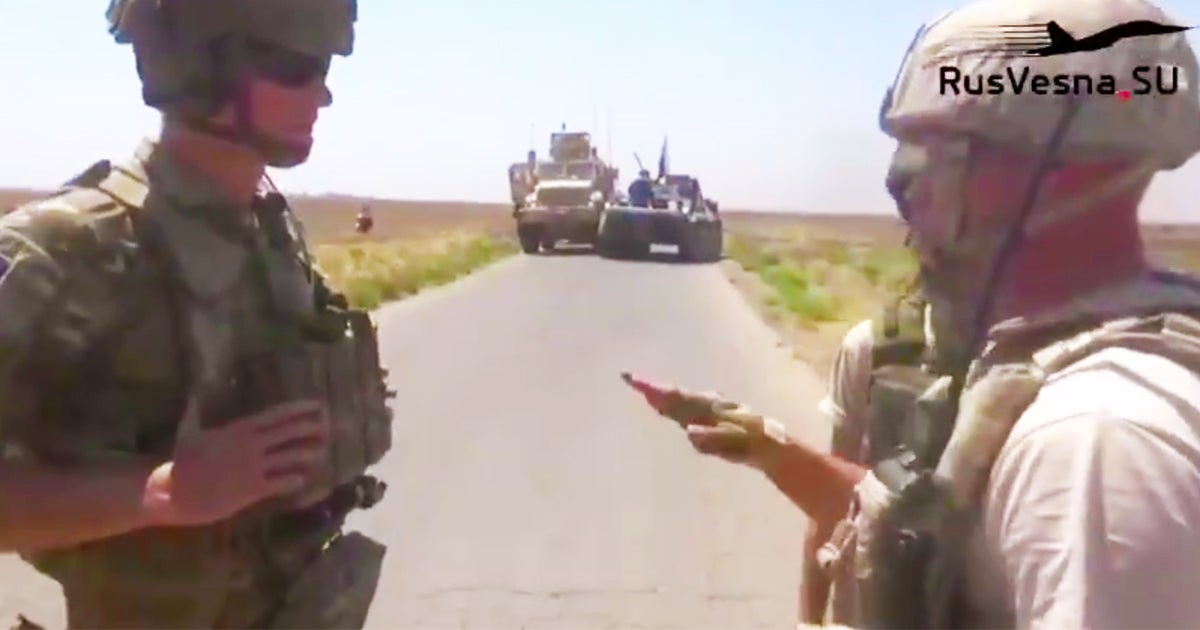 A top commander in the fight against ISIS attempted to play down encounters between Russian and U.S. troops in Syria amid videos that purportedly show tense exchanges between both sides.

Brett McGurk, the former U.S. envoy to the international coalition that is fighting ISIS, recently tweeted video that appeared to show Russian vehicles blocking a U.S. military convoy in Syria and he urged President Donald Trump to “pick up the phone and tell Putin to stop harassing our troops.”

Related: A new video shows Russian military vehicles harassing a US convoy in Syria. It isn't the first time

However, Russian forces in Syria have by in large abided by the rules in place that dictate how both sides should interact with each other both on the ground and in the air, according to Air Force Maj. Gen. Kenneth Ekman, deputy commander for Combined Joint Task Force-Operation Inherent Resolve.

“What you might call harassment, which is, you know, less than absolute professional conduct between the Russians and the U.S., occurs on rare occasions,” Ekman told reporters during a Wednesday Pentagon news briefing. “It’s very rare that a misunderstanding triggers some higher emotions or some sort of harassment between the two sets of forces.”

Trump plays golf as US forces in Syria now on a daily basis confront Russians thanks to his impetuous decision to abandon 2/3 of once-stable ground to Putin and Erdogan. Mr. President: Pick up the phone and tell Putin to stop harassing our troops.👇pic.twitter.com/hzukdWzVKl

U.S. military officials speak with their Russian counterparts in Syria several times a day because “neither nation wants any sort of a miscalculation,” Ekman said.

Ekman also said there are no indications that the Russians were active in the area where a U.S. soldier was killed in Syria on Tuesday while on a security patrol.

Initial indications suggest the soldier’s death is not related to combat, according to Operation Inherent Resolve.

“In those very limited cases where misunderstanding occurs, one of the things that we really trust and can count on is the professionalism of US forces, who when incidents like that present, deescalate the situation and come back the next day,” Ekman said.

Related: No, US and Russian troops are not shooting at each other in Syria, US official clarifies

Relations between U.S. and Russian troops have not always been cordial. In October, Russian journalist Oleg Blokhin posted pictures from inside an abandoned U.S. military base in Manbij, Syria, where U.S. troops had left behind phallic imagery and other crude jokes to welcome the Russian forces that would soon occupy the post.

More recently, the video tweeted by McGurk shows a Russian commander telling a U.S. service member, “convey to his General that Russia strongly asks to stop chasing them,” according to CNN reporter Bianna Golodryga.

#NESyria
A regular hunt between #Russian and #American forces in #Terbespiye town , east of #Qamishli, 27 km away pic.twitter.com/uXVhR6OR54

The U.S. military is not concerned with the “number of incidents” between U.S. and Russian troops because both sides interact with each other almost every day, Ekman said.

“Our convoys are very frequent, as are theirs,” Ekman said. “We co-exist in some of the same spaces. As we do that, we abide by the deconfliction protocols. Whether it’s on the ground or in the air, we see each other all the time.”