Russia claims convoy rammed US military in Syria in self-defense

A US official called the Russian military's actions "unprofessional" and a violation of deconfliction protocols. 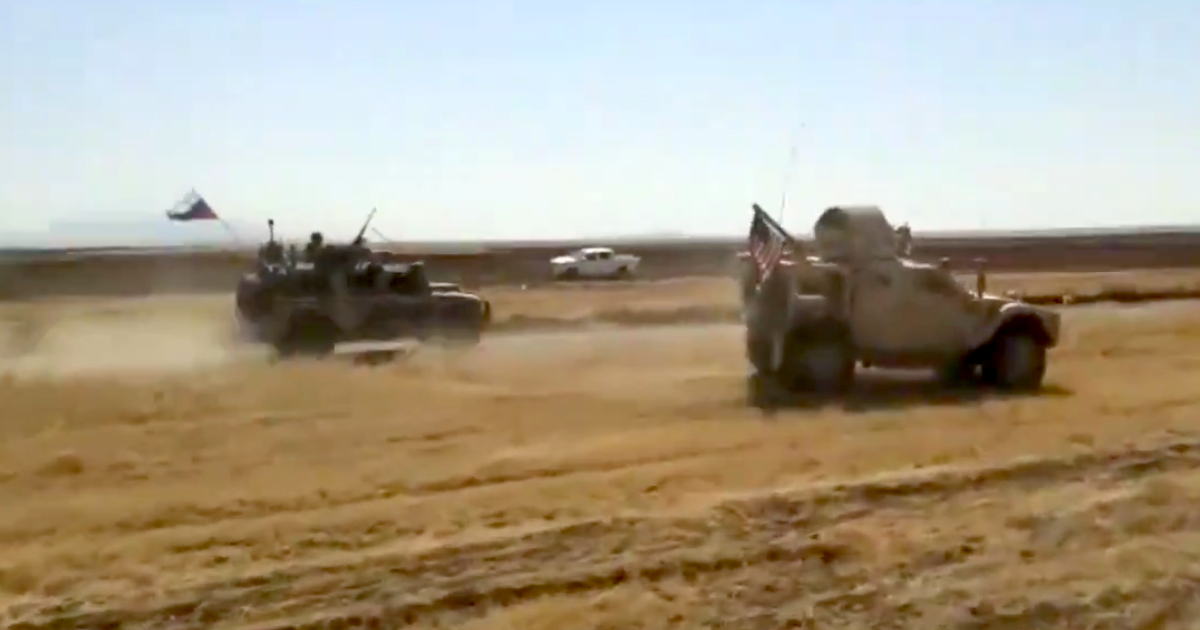 The Russian Defense Ministry claims a Russian patrol in Syria acted in self-defense when a vehicle in a military convoy rammed a coalition vehicle carrying U.S. soldiers.

Four U.S. soldiers reportedly suffered “mild concussion-like symptoms” as a result of the incident, which took place on the morning of August 26 in northeastern Syria.

Video of the encounter shows multiple Russian military vehicles traveling across an open field when they encounter U.S. military vehicles blocking a nearby road. The collision appears to occur after U.S. vehicles enter the field in an attempt to prevent the Russian convoy from advancing.

A longer video of the confrontation. US forces appear to be blocking a road and then attempt to block the path of the Russian patrol when they drive through the field. An American MaxxPro MRAP appears to collide with a Russian Typhoon-K MRAP. 319/https://t.co/iCliZSYVY9 pic.twitter.com/xZTtN6l0Ib

U.S. General Mark Milley, chairman of the Joint Chiefs of Staff, discussed the incident by telephone with his Russian counterpart, General Valery Gerasimov.

According to the Russian Defense Ministry, coalition forces in Syria had been notified about the Russian convoy's planned route, and the Russian military took “necessary steps” to end the incident and “further implement the assigned task.”

U.S. National Security Council spokesman John Ullyot said on August 26 that the coalition patrol vehicles left the area to “deescalate the situation,” calling the Russian military's actions “unprofessional” and a violation of deconfliction protocols agreed by the United States and Russia in 2019.