The Russian Foreign Ministry confirmed that the diplomats gave notice of their travels, but for a different destination and they "probably lost their way." 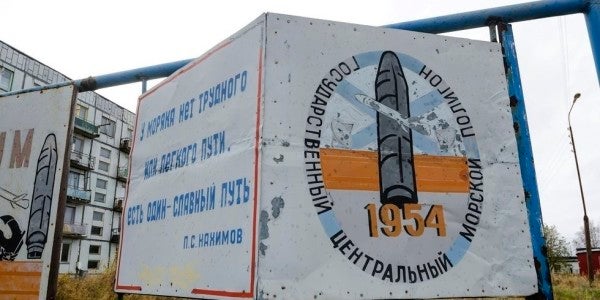 Three U.S. diplomats have been removed from a train and briefly questioned by Russian authorities in the sensitive Arctic shipyard city of Severodvinsk, near the site of a mysterious explosion in August that killed five nuclear workers.

Russia's Interfax news agency reported on October 16 that the diplomats were taken off the train that runs between Severodvinsk and Nyonoksa around 6 p.m. on October 14.

Interfax said the documents of the three were checked before they were released.

It said the trio included a naval attaché and a defense attaché.

However, Reuters quoted a spokesman from the U.S. State Department as saying the “American diplomats were on official travel and had properly notified Russian authorities of their travel.”

The reason for the diplomats' travel was not disclosed.

Interfax quoted the Russian Foreign Ministry as confirming that the diplomats gave notice of their travels, although it said it was for a different destination and that they “probably lost their way.”

Severodvinsk is considered to be in a sensitive military region, and foreigners are allowed to visit only under certain conditions — normally with advanced permission from the authorities.

An explosion on August 8 at the Nyonoksa missile-testing site on the coast of the White Sea, about 50 kilometers from Severodvinsk, killed five people working for Russia's nuclear agency.

A State Department official on October 10 said the United States concluded that the explosion occurred amid an operation to recover a nuclear-powered missile that had apparently crashed during a test.

The blast sent a plume of radiation wafting over the port of Severodvinsk, sending spooked residents rushing to buy up iodine drops from local pharmacies. Iodine is often used as a first resort to protect the thyroid gland from being irradiated in the event of a nuclear incident.

The incident was followed by contradictory statements from local and federal government officials in Russia about the nature of the explosion and the danger it posed to local residents.