Officials said the move would ensure troops can "continue their Defeat-ISIS mission without interference." 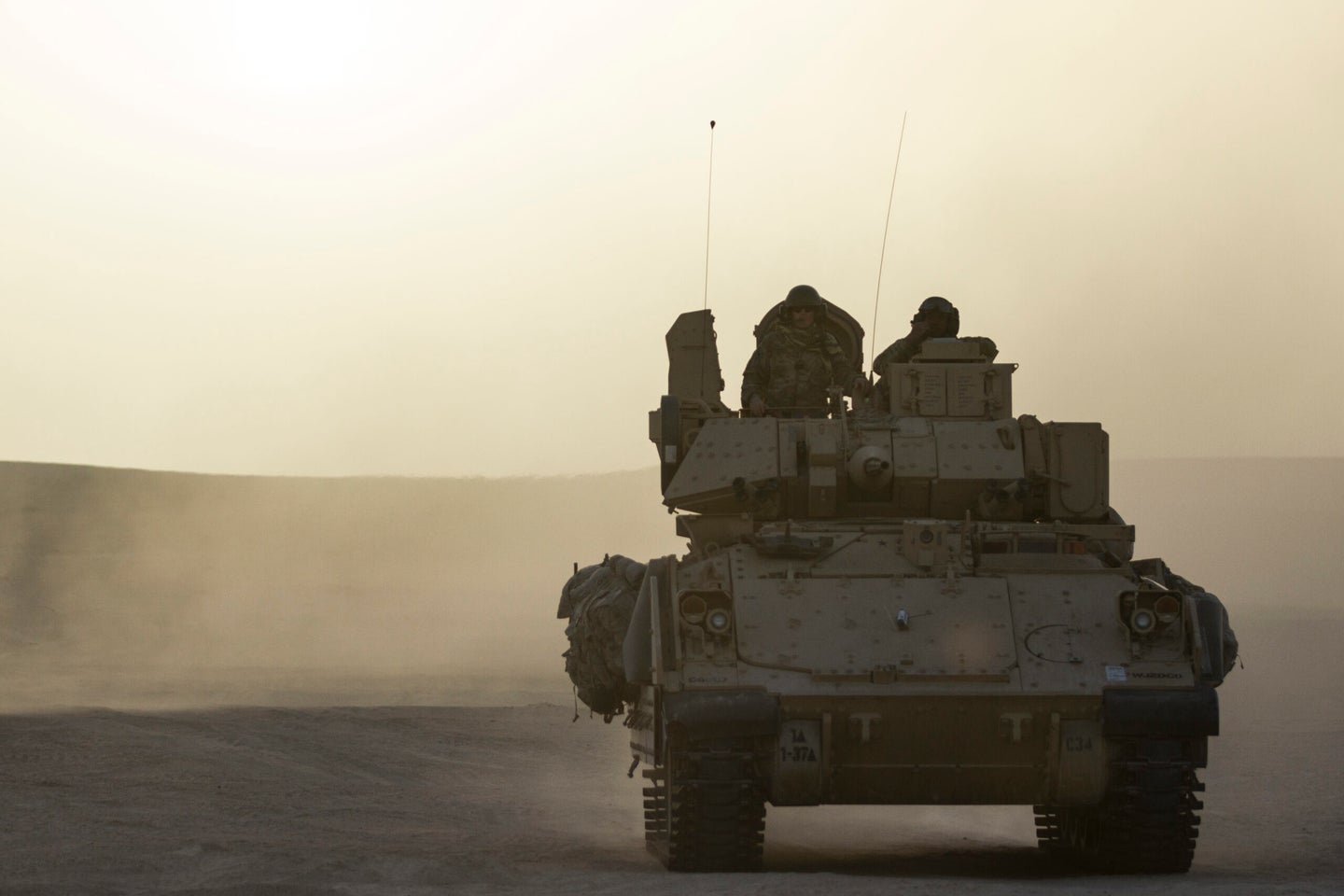 The U.S. military is beefing up troop protection in northeast Syria, the Pentagon announced on Friday, just weeks after a run-in with Russian forces left several U.S. service members injured.

“These actions are a clear demonstration of U.S. resolve to defend Coalition forces in the ESSA, and to ensure that they are able to continue their Defeat-ISIS mission without interference,” Urban said.

The Bradleys are a part of the 2nd Brigade Combat Team, 1st Armored Division, which is currently deployed to Kuwait in support of Operation Spartan Shield.

Defense Department spokesman Jonathan Hoffman said at the time that Russian forces “breached out de-confliction arrangement in Syria and injured U.S. service members with their deliberately provocative and aggressive behavior.”

“The United States does not seek conflict with any other nation in Syria, but will defend Coalition forces if necessary,” Urban said in his statement announcing the fresh Bradley deployment on Friday.

In October 2019, Bradleys were deployed to Syria as part of “a security force that protected the oil fields in Syria from ISIS,” but quickly returned to Kuwait in November, Lt. Col. David Olson, spokesman for U.S. Army Central Command, told The War Zone earlier this year.

Col. Wayne Marotto, spokesman for Combined Joint Task Force-Operation Inherent Resolve, said in a statement that the newly deployed “mechanized infantry assets will help ensure the force protection of Coalition forces,” which remain “steadfast in our commitment of ensuring the enduring defeat of [ISIS].”

A recent United Nations assessment estimated that there are roughly 10,000 ISIS fighters spread between Iraq and Syria.

At the moment, as many as 800 U.S. service members currently remain in Syria.