During his first campaign for president, Donald Trump promised that, if elected, he'd ensure that the U.S. military would 'bomb the shit' out of ISIS. Years later, it appears as though the commander-in-chief actually oversaw fewer airstrikes against the terror group than his predecessor 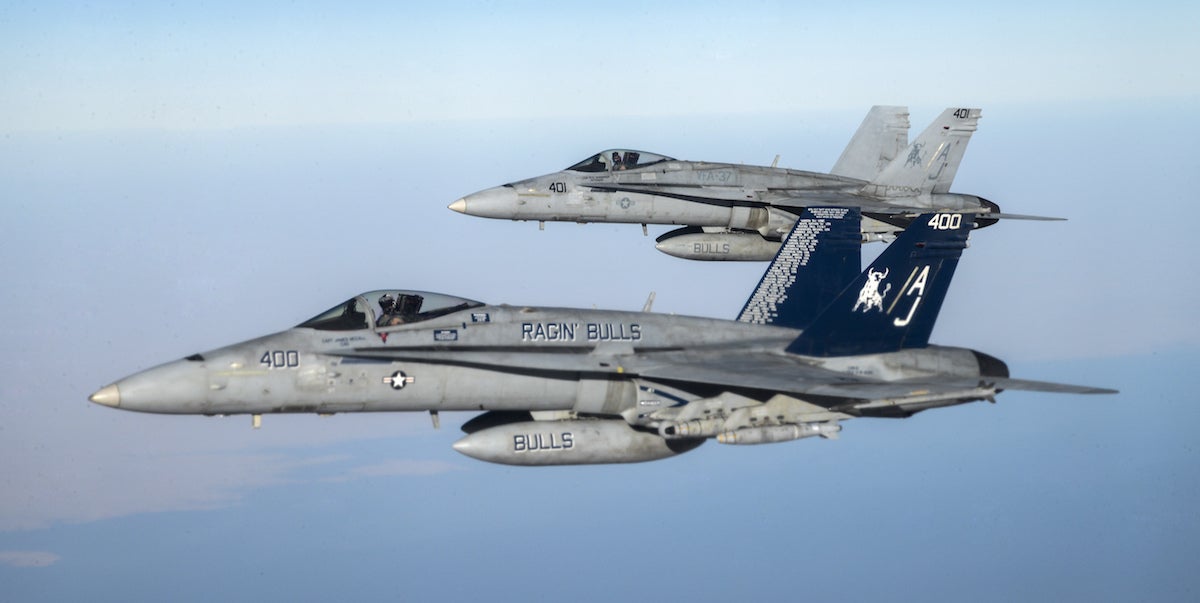 During his first campaign for president, Donald Trump promised that, if elected, he’d ensure that the U.S. military would ‘bomb the shit’ out of ISIS. Years later, it appears as though the commander-in-chief actually oversaw fewer airstrikes against the terror group than his predecessor.

The U.S.-led military coalition to defeat ISIS in Iraq and Syria carried out nearly 35,000 strikes against the militant group between August 2014 and September 2020, according to new data released to Air Force Times by Combined Joint Task Force–Operation Inherent Resolve (CJTF-OIR).

But according to sortie data from the U.S. Air Forces Central archive of airpower summaries — which AFCENT ceased publishing in February of this year — the majority of those strikes took place during the Obama administration, with about 23,740 sorties with weapons releases executed against ISIS targets between 2014 and 2016.

Indeed, while the Trump administration carried out 9,944 sorties with weapons releases against ISIS targets in 2017, airstrikes tapered off in the subsequent years with just 1,591 sorties conducted in 2018 and less than 1,000 in 2019, according to data.

This data released by AFCENT and published by Air Force Times suggests that the U.S.-led coalition now only carries out a handful of sorties with weapons releases on monthly basis despite the lack of currently available data.

That U.S. airstrikes dropped off following a post-election surge in 2017 makes sense: After all, the commander-in-chief first declared ISIS defeated in December 2018, less than two years after taking office, before suddenly announcing the surprise withdrawal of 2,000 U.S. troops from Syria.

Over the next several months, Trump and other administration officials would continually claim that ISIS was “100% defeated,” before U.S.-backed Syrian fighters would actually declare victory over the militant group in March 2019 with the “total elimination” of the caliphate.

That victory was aggressively premature. According to a Pentagon watchdog report in June 2019 on the status of OIR, the Trump administration’s sudden reduction of U.S. forces in Syria “decreased the support available for Syrian partner forces at a time when they need[ed] more training and equipping to respond to the ISIS resurgence.”

This past August, Under Secretary-General for Counter-Terrorism Vladimir Voronkov told the UN Security Council that more than 10,000 ISIS fighters — down from 30,000 at the caliphate’s height — are currently moving freely “in small cells” between Iraq and Syria and that the militant group is slowly gathering strength amid the novel coronavirus (COVID-19) pandemic.

And the latest report on OIR publically released this month indicates that ISIS “continue[s] to wage a low-level insurgency” in both countries, operating “mainly in rural areas and targeting mainly security forces with small arms and improvised explosive devices.”

While CJTF-OIR provided “positive assessments” of the readiness of Iraqi and Syrian partner forces to carry out ongoing tactical operations against ISIS cells scattered across the region, U.S. Central Command chief Marine Gen. Kenneth F. McKenzie Jr. stated in August that ISIS “could regain territory in a short time if there is a decrease in counterterrorism pressure.”

“Political uncertainty in Iraq and Syria as well as Iranian, Russian, and Syrian regime activities continued to threaten the ability of the Coalition and partner forces to maintain counterterrorism pressure against ISIS,” according to the report. “Additionally, many of the conditions that allowed ISIS to emerge have not improved notably since the United States launched OIR in 2014.”

Whether the absence of airstrikes had a direct impact on the relative resurgence of ISIS in rural enclaves in Iraq and Syria remains to be seen. In the meantime, as many as 800 U.S. service members remain in Syria and roughly 3,000 are currently deployed to Iraq.

Related: Thousands of US troops have come home from Iraq