The military won't say publicly if the Taliban broke its agreement to not attack US bases in Afghanistan. 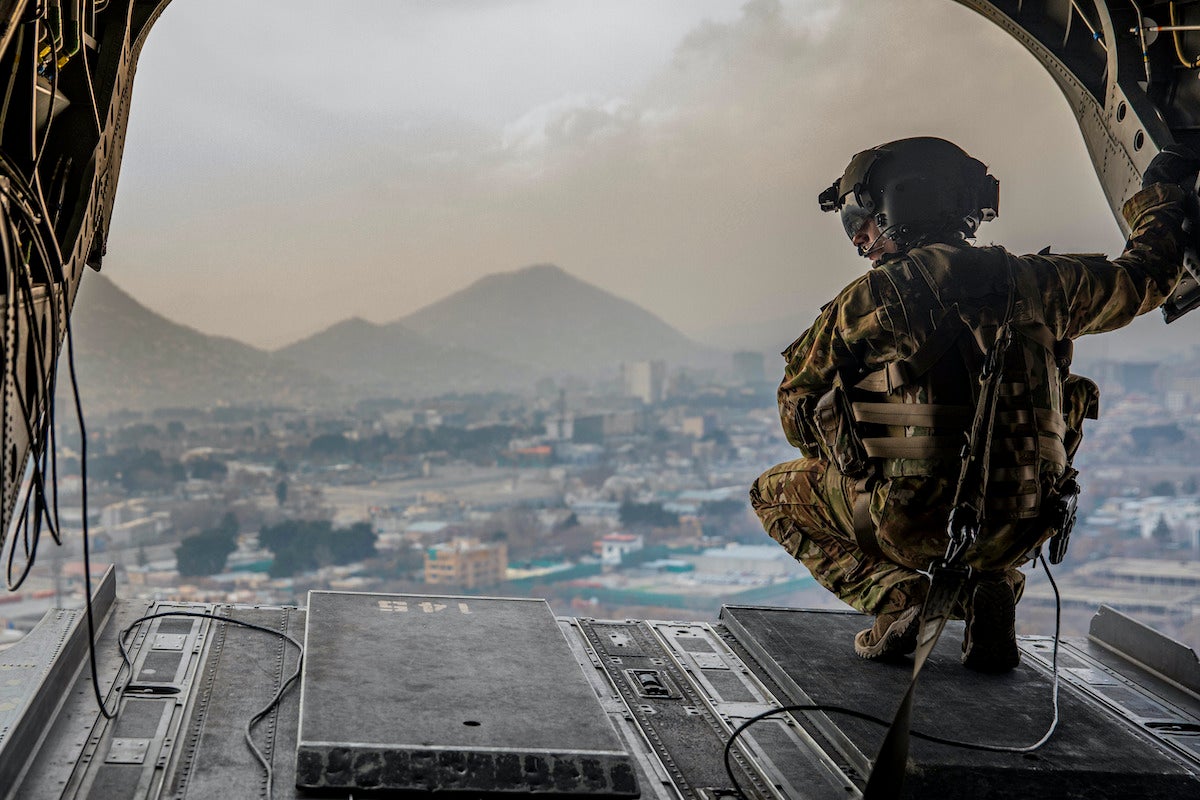 The over-classification of any bad news about the Afghanistan war has become so ridiculous that the U.S. military is refusing to say publicly if the Taliban attacked any U.S. bases in the past three months.

Under a Feb. 29 agreement, the Taliban have pledged to not allow any of its members to “threaten the security of the United States and its allies.” In return, all U.S. troops are expected to leave Afghanistan by May if the Taliban meets certain conditions, such as preventing Al Qaeda from using the country as a base to attack the United States, the agreement says.

Despite this agreement, Camp Bastion and Camp Dwyer, both in Helmand province, were attacked by rockets in July and August, New York Times reporter Thomas Gibbons-Neff first revealed. Unnamed U.S. military officials told the New York Times that they believed the Taliban was responsible for the attacks.

But when the top watchdog for Afghanistan reconstruction asked if the Taliban had attacked any U.S. troops or bases in violation of the withdrawal agreement, the U.S. military retreated behind the veil of official secrecy.

“The question drew a classified response,” according to the Special Inspector General for Afghanistan Reconstruction’s most recent quarterly report. “DOD did confirm that as of October 11, no U.S. service members have been killed by hostile action in Afghanistan since the signing of the agreement.”

A spokesman for the U.S. military in Afghanistan declined to comment when Task & Purpose asked why information about enemy attacks was classified and referred questions back to the SIGAR report itself.

This is the latest example of the military working to keep even the most basic information about how the war in Afghanistan is faring from the American public.

John Sopko, the inspector general for Afghanistan reconstruction, told reporters last year that the U.S. government had made just about every metric to measure how the war is going classified or had stopped collecting the information entirely.

“Embarrassing things tend to get classified in this town,” Sopko said at a Defense Writers Group breakfast in April 2019. “Governments don’t usually classify good news. If they do by mistake, it’s leaked.”

Indeed, the latest SIGAR report notes that information about how the U.S. military’s command in charge of training and assisting Afghan security forces determines “the reliability of its Afghan partners” is now classified as well.

What information that is still publicly available shows the situation in Afghanistan has become dire: “Enemy-initiated attacks” increased by 50 percent between July and September when compared to the previous three months, the report says.

Notably, a May 27 United Nations report also found that the Taliban, Al Qaeda and the Haqqani Network remained “close, based on friendship, a history of shared struggle, ideological sympathy and intermarriage.”

Defense officials told SIGAR that the Taliban is “calibrating its use of violence to harass and undermine” Afghan security forces and the Afghan government within the terms of the Feb. 29 agreement, likely to encourage U.S. troops to leave the country and set the stage for what happens afterward, the report says.

“DOD also told SIGAR on October 13 that if Taliban violence continues at its ‘unacceptably high’ rate, ‘it could undermine the agreement,’” the report says.

One sign of how the peace deal is faring is that the U.S. military launched more airstrikes between July and September to help Afghan troops fighting the Taliban, according to the report, which did not list the specific number of airstrikes.

The Air Force in February abruptly stopped publicly releasing its monthly reports on airstrikes in Afghanistan, Iraq, and Syria, the same month the United States struck its agreement with the Taliban.

But Task & Purpose obtained that information for March and April through a Freedom of Information Act request. That data shows airstrikes in Afghanistan dropped significantly in the first two months after the withdrawal agreement was reached.

The figures compiled by Air Forces Central Command show that the number of bombs dropped and missiles fired in Afghanistan dropped from 360 in February to 116 in March and then 27 in April.

In addition, the Islamic State terrorist group has also ratcheted up violence in Afghanistan. The group is believed to be responsible for several deadly attacks in Kabul, including a Nov. 2 assault on Kabul University, during which U.S. troops assisted Afghan security forces.