12 killed in Taliban truck bomb, other attacks across Afghanistan

Initial reports suggested at least six commandos and 35 civilians were wounded in the truck bomb explosion. 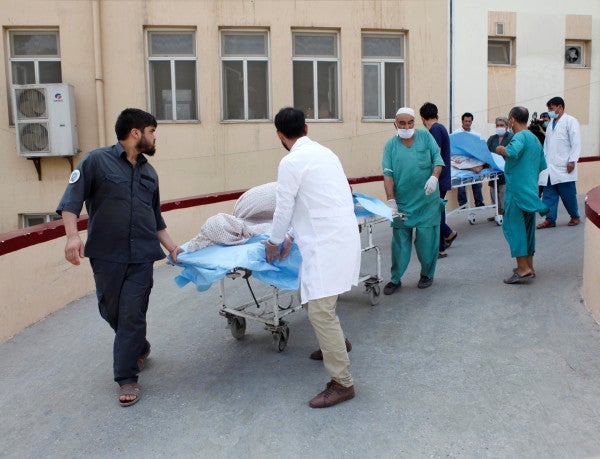 At least 12 people have been killed and scores wounded in attacks across Afghanistan, including in a Taliban truck bombing that targeted a military base used by Afghan commandos, officials said.

The suicide truck bomber in the northern province of Balkh killed three people, including two Afghan commandos and a civilian, according to the provincial governor's spokesman, Munir Ahmad Farhad.

Hanif Rezaie, a spokesman for Afghan forces in the north of the country, said on August 25 that initial military reports suggested at least six commandos and about 35 civilians were wounded in that explosion. He said the blast also destroyed or damaged dozens of nearby civilians houses.

“Most of the wounded civilians are women and children,” Rezaie said.

Taliban spokesman Zabiullah Mujahid claimed responsibility for the Balkh attack in a tweet, claiming that “tens” of military personnel were killed. The Taliban often exaggerate their battlefield claims.

There was no immediate claim of responsibility for that attack. But authorities blamed the Taliban, who have claimed numerous previous attacks on security checkpoints in Ghor Province.

Meanwhile in Kabul, a roadside bomb killed a police officer and a policewoman and her driver were wounded when unknown attackers opened fire on them, Kabul police spokesman Ferdaws Faramarz said.

There was no immediate claim of responsibility for the attacks in Kabul.

Both the Taliban and extremists from the so-called Islamic State (IS) militant group are active in Kabul. IS militants have claimed most of the attacks in the Afghan capital in recent months.

Despite efforts to launch peace talks between the government and the Taliban, Afghan civilians continue to bear the brunt of the war.

The start of the talks envisaged under a U.S.-Taliban peace agreement signed in February has been hampered by multiple delays that have frustrated Washington.

There had been expectations that the negotiations would begin earlier in August.

A United Nations report released in July said 1,282 people were killed by violence in Afghanistan during the first six months of 2020.