The United States' top envoy to the multinational military coalition to defeat ISIS claimed in a recent interview that he routinely lied to senior government officials about U.S. troops levels in Syria 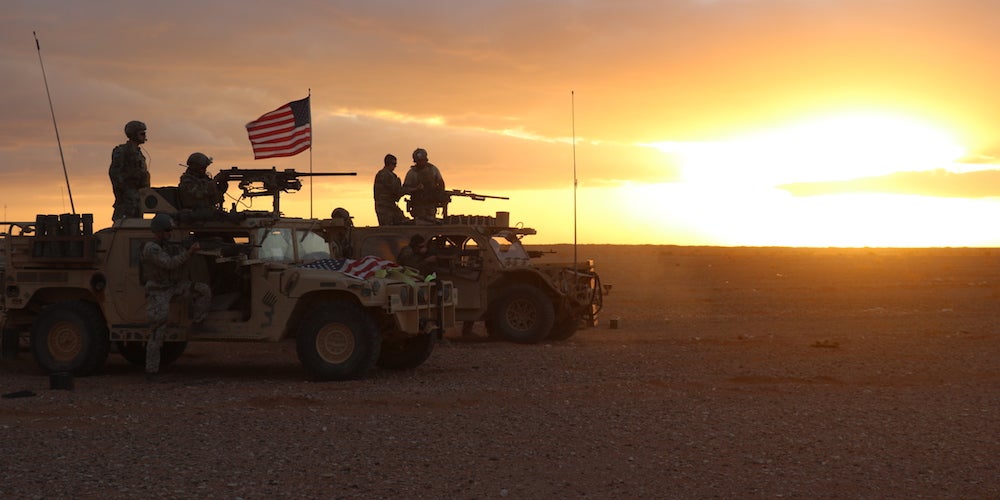 America’s top envoy to the multinational military coalition to defeat ISIS claimed in a recent interview that he routinely lied to senior government officials about U.S. troops levels in Syria.

“We were always playing shell games to not make clear to our leadership how many troops we had there,” outgoing diplomat Jim Jeffrey told Defense One reporter Katie Bo Williams in an interview.

Jeffrey added that the real number of U.S. troops in Syria was “a lot more” than the several hundred Trump planned on leaving behind following his abrupt withdrawal announcement in December 2018.

Trump’s decision to withdraw U.S. forces from Syria led to the resignation of both Defense Secretary James Mattis and Brett McGuirk, Jeffrey’s predecessor as the leading U.S. envoy to the counter-ISIS effort in Iraq and Syria.

But while Trump reiterated his call to withdraw U.S. forces from northeast Syria ahead of an imminent Turkish invasion in October 2019, Jeffrey told Defense One that, for all intents and purposes, there “was never a Syria withdrawal.”

“When the situation in northeast Syria had been fairly stable after we defeated ISIS, [Trump] was inclined to pull out,” Jeffrey told Defense One. “In each case, we then decided to come up with five better arguments for why we needed to stay. And we succeeded both times. That’s the story.”

When he was asked later about his comments to Defense One, Jeffrey told Vox reporter Alex Ward that there was never an agreed official number for U.S. troop levels in Syria. Instead, Trump talked about keeping “a few hundred” service members in the country.

“There was no violation of instructions or orders just a general effort to keep under 1,000,” Ward quoted Jeffrey as saying in a tweet.

While troop levels are usually publically accessible in the Defense Manpower Data Center, the Trump administration in March 2017 stopped disclosing the size and nature of U.S. troop deployments to both countries as part of the fight against ISIS there.

As of July, there were roughly 600 U.S. troops in northeastern Syria and another 150 service members at the Al Tanf garrison, a U.S. military official told Task & Purpose at the time.

“An Ambassador, NOWHERE in the chain of command was responsible for playing ‘shell games’ and hiding troop numbers?” Thomas tweeted on Thursday.

“That’s not how it works. Secondly, he thinks we now have a more coherent/transactional approach? We’ve done NOTHING about the root of the problem—the Assad regime.”