'We did it. It probably helped the Taliban.' 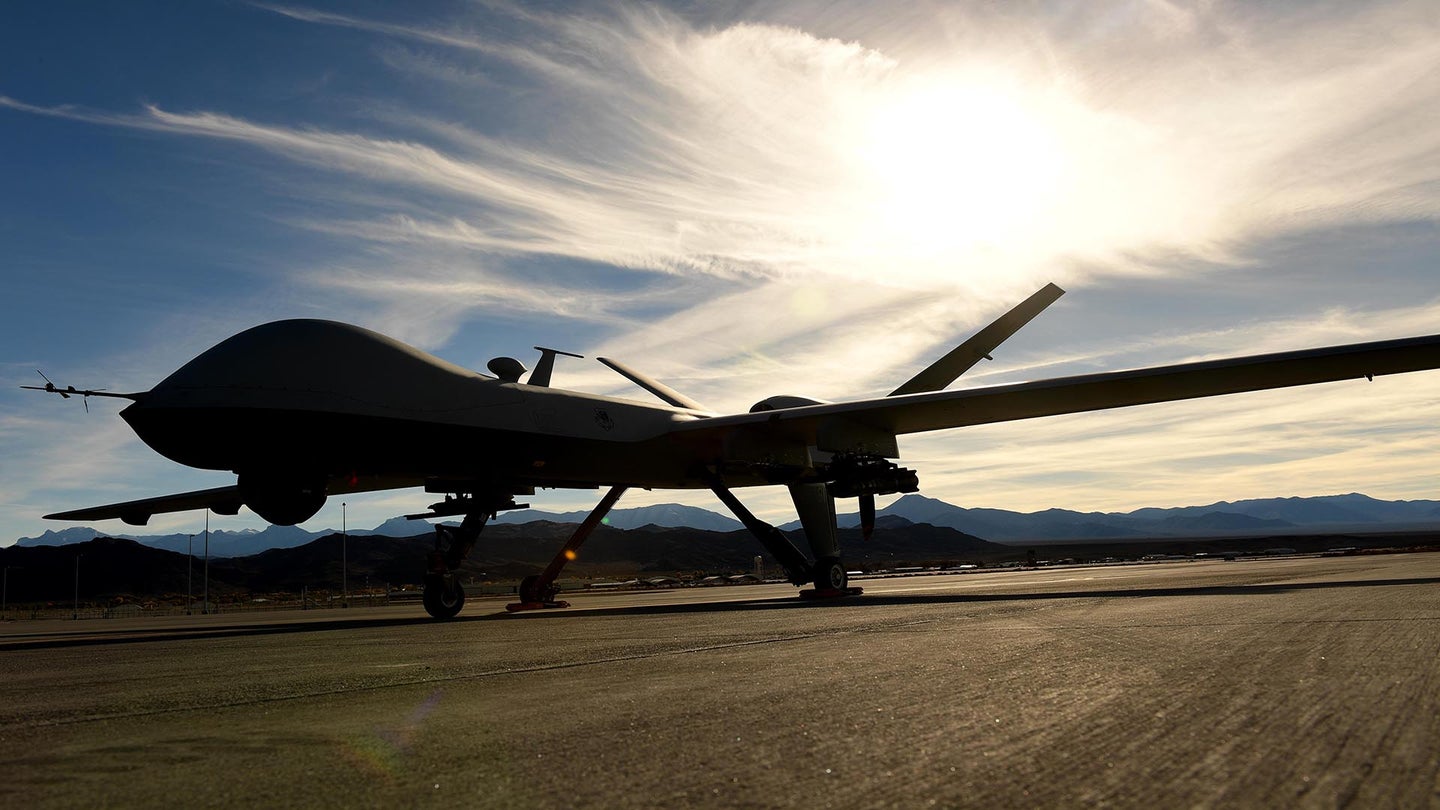 An MQ-9 Reaper sits on the flight line Nov. 22, 2016, at Creech Air Force Base, Nev. The Reaper is an evolution of the MQ-1 Predator and can carry four AGM-114 Hellfire missiles and two 500 pound bombs while being able to fly for 18-24 hour missions. (U.S. Air Force photo by Senior Airman Christian Clausen).
SHARE

The head of U.S. Central Command confirmed on Thursday that the U.S. military has conducted drone strikes on the Islamic State terrorist group to assist the Taliban.

“At some times in the past, when the Taliban was conducting operations in eastern Afghanistan against ISIS, [when] we had the opportunity to take a strike against ISIS formations, we would take that strike,” Marine Gen. Kenneth McKenzie Jr. told Defense One senior national security correspondent Katie Bo Williams.

“We did not do it in coordination with the Taliban – and it would be too large a use of the word to say we had ‘coordinated’ with the Taliban on that,” McKenzie continued. “But it was a common enemy. It was an opportunity to strike someone who is an implacable foe of the United States. We did it. It probably helped the Taliban, and that would be the way I would describe it.”

McKenzie’s comments came as part of a wide-ranging interview in which he also provided the most specific information to date about how many U.S. troops are in Syria, where confrontations with Russian forces have burst into the news cycle.

Wesley Morgan, a former Politico reporter, first revealed in October that the U.S. special operations forces in Afghanistan had carried out drone strikes against the Islamic State group in order to give the Taliban an edge in the fight between the two groups.

The team of special operators, who were jokingly dubbed “Taliban Air Force,” would not communicate with Taliban commanders directly, Morgan wrote for the Washington Post. Rather, they would monitor the Taliban’s communication to determine when and how airstrikes would tilt the battles against the Islamic State in the Taliban’s favor.

“The Taliban and ISIS, as you know, have a theological dispute: They are intractable enemies,” McKenzie said on Thursday. “Whatever the Taliban does or doesn’t do with Al Qaeda, they will actually pressure ISIS, and we have seen evidence of that going forward.”

McKenzie said the drone strikes occurred several months ago when the Islamic State group was holding ground in Nangarhar Province and elsewhere in eastern Afghanistan.

“When they hold ground, it’s very easy to do those kind of strikes,” McKenzie said. “Now, ISIS is not able to hold ground. So those conditions don’t exist anymore. So I would say that is not what’s happening now.”

McKenzie’s interview offered a rare opportunity for the American public to learn how U.S. troops are still fighting the Islamic State group and other enemies. Over the past four years, military officials have become increasingly opaque about combat operations.

One area of contention remains the military’s reluctance to say exactly how many troops are in a particular country at any given time.

Ambassador Jim Jeffrey, the U.S. government’s special envoy to the coalition fighting the Islamic State group, admitted to Williams in an earlier interview that his team was “always playing shell games” about the true number of U.S. troops in Syria.

This month, Jeffrey told Al-Monitor Pentagon correspondent Jared Szuba that State Department officials never tried to deceive President Trump about how many troops were in Syria.

Currently, there are about 900 U.S. troops in Syria, McKenzie said on Thursday. That includes M2 Bradley fighting vehicles, which were dispatched to the area in September following an incident with Russian forces.

“The Russians actually had a patrol go out of its sector into an area that was not coordinated with us,” McKenzie said. “We didn’t give them permission to do it and we felt it was appropriate to show a little more teeth up there.”

“I’ve kept those [Bradleys] up there,” he continued. “I continually revisit that: Do we want to keep them up there? It just shows that we’re determined the men and women we put on the ground up there have the protection they need to carry out the tasks that we’ve assigned them to do.”