One Chart Shows Everything The US Can Use To Strike ISIS

Just about two weeks after President Barack Obama announced that he would expand the military campaign against the militant group... 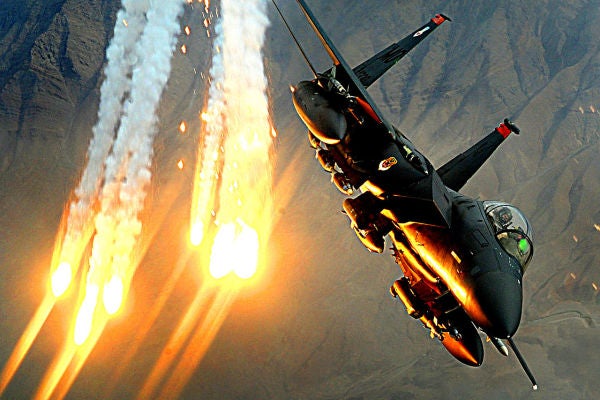 Just about two weeks after President Barack Obama announced that he would expand the military campaign against the militant group called Islamic State of Iraq and Syria, aka ISIS, American military assets and partner forces conducted a series of strikes inside Syria’s border.

“I can confirm that U.S. military and partner nation forces are undertaking military action against ISIL terrorists in Syria using a mix of fighter, bomber and Tomahawk Land Attack Missiles,” Rear Adm. John Kirby, the Pentagon’s chief spokesman, said in a statement.

The reality is that the United States is really good at this. In the Marine Corps, we called it, “putting warheads on foreheads.” The United States has unrivaled air power that is compounded by an unmatched ability to project power.

As the United States and coalition partners wage a limited, but highly kinetic operation against ISIS militants, we’ve compiled a snapshot of the firepower the U.S. has at its disposal in the fight: