US To Put Pressure On Islamic State Stronghold In Syria

During a press conference on Oct. 2, President Barack Obama announced that he had approved decisions to directly provide ammunition... 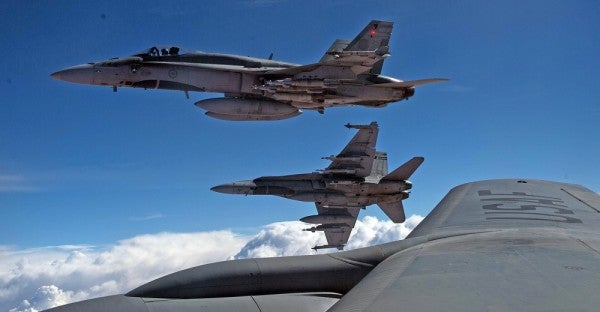 During a press conference on Oct. 2, President Barack Obama announced that he had approved decisions to directly provide ammunition and possibly weaponry to Syrian opposition forces on the ground for the first time and to ramp up the American air campaign from an air base in Turkey.

The New York Times reports that this is part of a larger plan to put pressure on the Islamic State’s operations in Syria and would target Islamic State strongholds like the group’s de-facto capital in Raqqa, Syria. These measures are intended to empower 3,000 to 5,000 Arab fighters whose commanders have been screened by American forces to operate alongside more than 20,000 battle-tested Kurdish fighters in a combined offensive backed by coalition warplanes.