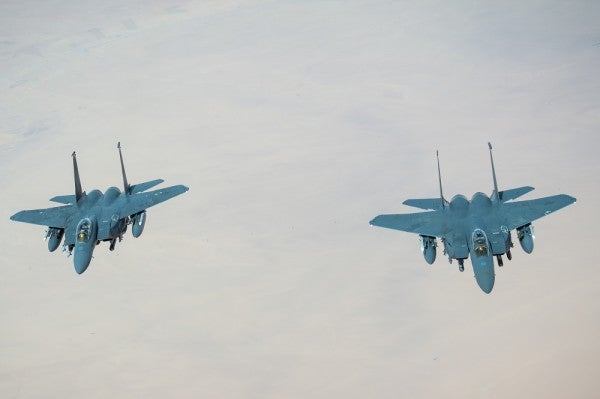 A U.S.-led coalition airstrike meant to target Islamic State fighters in Tabqa, Syria, actually hit friendly Syrian forces on April 11, killing 18, according to a statement issued by the military this morning. The strike was called in by the coalition’s “partnered forces, who had identified the target location as an ISIS position,” the statement said, but “the target was actually a forward Syrian Democratic Forces fighting position.”

The SDF is a U.S.-backed collective of moderate Kurdish and Syrian Arab rebel groups who have been trained and armed by the U.S. military. The SDF is currently engaged in an assault on the ISIS stronghold of Tabqa, which lies just 25 miles outside of Raqqa, the extremist group’s de facto capital in Syria.

Related: The US Military Is Getting Ready To Move On ISIS’ Stronghold In Syria »

The SDF’s offensive to retake Raqqa began in November 2016 as part of the anti-ISIS strategy outlined by the Obama administration.

Coalition forces are looking into the cause of the incident and will “implement appropriate safeguards to prevent similar incidents in the future,” according to the statement, which extended its “deepest condolences” to the targeted allies and added that the SDF forces in Syria “have expressed a strong desire to remain focused on the fight against ISIS despite this tragic incident.”

It wasn’t immediately clear which nation’s air forces actually carried out the strike, since several nations have contributed air power to the anti-ISIS coalition, according to the Associated Press.