US Draws Up Plans For 1,000 More Troops In Syria As Raqqa Siege Looms

Defense officials have drawn up plans for as many as 1,000 ground troops to head to Syria in the coming... 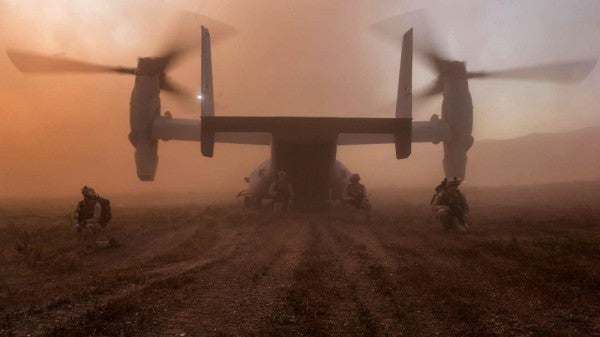 Defense officials have drawn up plans for as many as 1,000 ground troops to head to Syria in the coming weeks, the Washington Post reported this afternoon. If approved by President Donald Trump and Defense Secretary Jim Mattis, the deployment would nearly double the American presence in the country ahead of the expected offensive on the Islamic State’s de facto capital, Raqqa.

The decision could bring U.S. troops into closer contact with the enemy and deepen the military’s involvement in a conflict marked by numerous armed factions with conflicting priorities.

In early March, U.S. Army Rangers were sent to the city of Manbij, west of Raqqa, as a visual deterrent for Russian, Turkish and Syrian opposition fighters operating there. That deployment of ground-combat troops marked a dramatic shift in U.S. policy in Syria. Only days later, a Marine artillery battery was deployed near Raqqa, mirroring the use of firebases in Iraq ahead of the Mosul offensive, and strikingly reminiscent of the tactics employed during the height of the wars in Iraq and Afghanistan. The artillery position near Raqqa has already come under fire, the Post’s T.M. Gibbons-Neff reported.

While the additional troops may not serve in a direct combat role, given the complex and volatile nature of the conflict in Syria, they may be at considerable risk.

The troop increases are expected to happen alongside a White House decision to officially end the troop caps put in place in Iraq and Syria by the Obama administration. At the moment, those limits are set at 5,000 in Iraq and 500 in Syria.

Related: Did The US Military Just Invade Syria? »

If sent, the additional troops would support the Syrian Democratic Forces, a consortium of Kurdish and Arab fighters in the north, with U.S. forces offering expertise on bomb disposal and coordinating air support and indirect fire. Currently, there are roughly 500 U.S. special operations forces in Syria operating alongside the SDF, plus another 250 Rangers and 200 Marines.

The additional troops would probably be drawn from units already in the region, according to the Post — possibly the 24th Marine Expeditionary Unit and the Army’s 82nd Airborne Division, which currently has 2,500 troops in Kuwait.