The Turkish state news agency has disclosed the locations of 10 U.S. military bases and outposts in northern Syria, further... 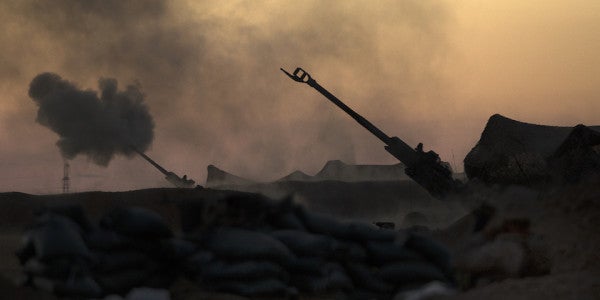 The Turkish state news agency has disclosed the locations of 10 U.S. military bases and outposts in northern Syria, further signaling that Ankara is willing to jeopardize its relationship with Washington to prevent the Pentagon from empowering a Kurdish militia that Turkey perceives as a direct threat to its national security.

In an article published on its website on July 18, the Anadolu news agency explains in great detail the scope of U.S. military operations in Kurdish-controlled areas of Syria, where the Kurdish People’s Protection Units, or YPG, are playing a major role in the U.S.-led coalition’s fight against ISIS. That campaign is now on the brink of a critical turning point as the coalition and its allies lay siege to the city of Raqqa, the Islamic State’s de facto capital; however, it is becoming increasingly clear that not all of the major players involved in the six-year-old Syrian Civil War see the defeat of ISIS as their primary goal.

The Anadolu article reads more like a strategy brief than a news story, with not only the locations of the U.S. bases being identified, but the types and number of personnel, weapons, and vehicles stationed at specific points throughout the region, as well. Using information apparently gathered by reporters on the ground, the authors also describe how some of the U.S. outposts are hidden within residential areas and behind signs that read “prohibited areas.” For additional clarity, the article is accompanied by a map. While all of this info is now readily available on the internet in English, Task & Purpose does not believe it necessary to elaborate on it here.

Turkey, a key NATO ally, considers the YPG an extension of the Kurdish PKK, a separatist movement designated a terrorist group by the United States, the European Union, and Ankara. Turkish president Recep Tayyip Erdogan has long railed against Washington’s support for the YPG, which forms the backbone of the U.S.-backed Syrian Democratic Forces. The PKK has been waging an insurrection in Turkey for more than 30 years.

Tensions between Ankara and the YPG have been steadily escalating in recent months. In late June, an unknown number of U.S. special operations forces were dispatched to the Kurdish-controlled city of Tal Abyad amid an uptick in cross-border skirmishes between the YPG and Turkish troops. Adding more urgency to Turkey’s ultimate mission of preventing an autonomous Kurdish state from being established just south of its border is the Trump administration’s decision to directly arm the Kurds. And while coalition officials pledged to track and eventually take back all of the weapons doled out to the YPG, Erdogan has made it known he’s convinced that will never happen.

“The ones who think they are tricking Turkey by saying they are going to get back the weapons that are being given to this terrorist organization will realize that they are making a mistake eventually,” Erdogan said in April, according to Reuters, adding that any country arming the YPG would ultimately “pay for any bullet that will be fired on [Turkey], for every drop of blood that will be shed.”

The Pentagon has done an impressive job of keeping the media at arm’s length in Syria, usually citing security concerns as the reason for withholding information about the scope and nature of U.S. military operations across the country. But this hasn’t prevented photographs and video footage of coalition troops operating in the region from surfacing on the internet. When a convoy of U.S. Army Rangers entered Syria from Iraq in early March, photographs of their American-flag draped Stryker armored fighting vehicles were blasted across social media.

N. #Manbij: US reinforced their presence with Stryker IAVs on S. side of Sajour River bordering with #EuphratesShield territory. pic.twitter.com/hkJqF0TsQr

Whether or not that deployment — significant in that it was the first involving U.S. troops not equipped for training and advising local forces — would have been reported to the American public otherwise is, of course, unknown. For the duration of the U.S.-led wars in Iraq and Afghanistan, journalists were allowed to embed with American troops, sometimes spending weeks or months covering day-to-day operations. That is not the case in Syria, where it seems the Pentagon has so far granted on-the-ground access to only one team of civilian journalists.

While Turkish security official confirmed the accuracy of the Anadolu list to The Daily Beast — which appears to be the first Western media outlet to cover it — a spokesman for Operation Inherent Resolve asked the author not to publish the story.

“The discussion of specific troops numbers and locations would provide sensitive tactical information to the enemy which would endanger Coalition and partner forces,” Army Col. Joe Scrocca, an OIR spokesman, wrote. “Publishing this type of information would be professionally irresponsible and we respectively request that you refrain from disseminating any information that would put Coalition lives in jeopardy.”

However, as The Daily Beast rightly notes, the information is already on the internet — and not on some obscure blog. Anadolu, Turkey’s oldest news agency, is an international publication. As of 2014, it had more than 80 bureaus around the world, and currently publishes stories in 11 different languages, including most — if not all — of the ones spoken in Syria.