Three years after the start of Operation Inherent Resolve, the United States is beginning to experience the difficulties of fighting... 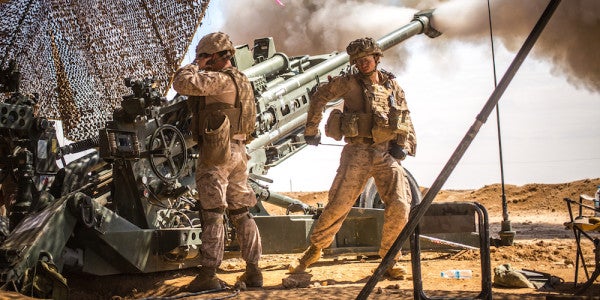 Three years after the start of Operation Inherent Resolve, the United States is beginning to experience the difficulties of fighting a limited war in someone else’s backyard.

The fight for Raqqa, the de facto capital of ISIS, is now underway. The battle for the city comes after months of isolation operations against the militant group. The campaign has largely been carried out by coalition-allied Syrian and Kurdish fighters on the ground, accompanied by a steady drumbeat of precision airstrikes.

Nearly encircled and cut off from vital streams of funding and reinforcements, ISIS will lose the city. But shifts in the larger conflict’s underlying currents could significantly complicate things for the United States moving forward.

The Syrian regime is now looking firmly in control of the war. Buoyed by crucial Iranian and Russian military assistance, Bashar al Assad’s government is in as strong a position as it has been since hostilities broke out back in 2011. Now, having largely achieved its objectives in neutralizing some of the most powerful rebel forces in the country’s western half, the Assad government has turned its attention more fully toward the east.

This shift has placed Damascus and its powerful backers in Moscow and Tehran on a collision course with the anti-ISIS coalition.

Previously, “pro-regime forces had been pretty content to let the coalition operate relatively freely in eastern Syria,” Christopher Kozak, a Syria analyst at the Institute for the Study of War, told Task & Purpose. But that dynamic appears to be changing.

ISIS was once so frightening that fewer than 1,000 of its fighters were able to overrun Mosul, a city guarded by around 30,000 soldiers. But the terrorist organization has been significantly degraded. And as ISIS loses fighters, funds and territory, the disparate forces aligned against it have found themselves in a race to reclaim vast swaths of land that the group once controlled.

That race is now playing out in real time, though its rules remain unclear. Inside the coalition’s recently declared 55-kilometer deconfliction zone near the Syria-Jordan border, U.S.-led forces have carried out three airstrikes in as many weeks against forces aligned with the Syrian government. A fourth strike in the area on June 8 downed an Iranian-made drone shortly after it dropped a weapon near coalition-backed Syrian fighters, according to a coalition statement. The coalition has made clear that it has no desire to battle Assad’s forces, but that it would it would carry out defensive strikes if loyalist groups continue to penetrate the deconfliction zone.

The coalition should be commended for its clarity. In a theater as complex as Syria’s — where Russian Su-24s share the skies with U.S. F-15s — ambiguous messaging is extremely dangerous. The best cure for issues like “mirror imaging” — when one party in a relationship struggles to understand the other’s objectives — is transparent communication. The coalition’s line that it is in Syria to fight ISIS, and “does not seek to fight Syrian regime, Russian, or pro-regime forces partnered with them,” leaves little room for confusion.

But in focusing almost exclusively on ISIS within the confines of the larger war, the United States may soon find itself entangled in the regional power dynamics that have helped drive the conflict all along.

Iran, heavily invested both financially and militarily in the survival of the Assad regime, has a lot to play for in eastern Syria. Sitting tantalizingly before it is the possibility of securing a corridor that would run from its borders through Iraq and Syria and into Lebanon, a major score in its bid to ease the transport of resources and materiel to its allies that make up the so-called Shiite crescent. To that end, loyalist forces have tested the coalition’s will by repeatedly entering the deconfliction zone. On June 9, they laid claim to a stretch of territory along the Syria-Iraq border, skirting the coalition garrison and allied Syrian fighters at Tanf.

There’s more on Tehran’s mind than just building a land bridge. Eliminating U.S. influence in the region and ensuring that Washington has no lasting military presence in eastern Syria also form a major part of Iran’s calculus. Tehran’s long-term objective has always been to push the United States “out of the whole region,” according to Randa Slim, Director of the Track II Dialogues initiative at The Middle East Institute, a Washington, D.C.-based think tank. “We know Iranian intentions,” Slim told Task & Purpose. “They are here to stay, they are not going anywhere.”

The role of Russia, which has provided crucial support to the Syrian government, is also important. “We’ve seen reports that Russia was one of the drivers behind the decision to shift to the east,” according to Kozak, part of a “full-court press against the U.S. in eastern Syria.” And as pro-Assad forces push east and come up against areas of operation for the coalition, “we’re going to continue to see pressure points” arise, and not just at Tanf, he said. Hence the repeated incursions into the deconfliction zone, which both analysts described as pro-regime forces testing the United States and its anti-ISIS coalition partners.

It’s worth noting that Sputnik, a Russian propaganda publication that serves as a Kremlin mouthpiece, published an article June 12 calling the Syrian Democratic Forces — the coalition’s main allies in the anti-ISIS fight — “none other than terrorists like Daesh,” another name for ISIS. Like most of Sputnik’s pieces, the article is rife with errors, omissions, and one-sided analysis. But it also offers a glimpse into Moscow’s plans in Syria. According to the author, “the liberation of Raqqa is so important because whichever force frees the city will be in a better position to determine post-war political events in the area.”

Whether the actions of the pro-regime coalition will complicate the fight against ISIS is still unclear, but the possibility of this happening should not be ignored.

So this is where the United States now finds itself, attempting to operate amid the long-term ambitions of some of the war’s most important players. Determined to deal singularly with its main threat in the ongoing melee, it is now running up against the realities of a conflict in which alliances shift by location and circumstance.

More so, policymakers in D.C. could be in danger of failing to consider the long-term nature of the problem: that you cannot effectively destroy the root causes of ISIS with military power alone. The coalition has made clear that it aims to degrade the group to the point that local security forces can control it. But what if the territory falls under the control of Assad, a leader who epitomizes the object of Sunni grievances and whose death count is staggeringly higher than that of the ISIS? That Assad has pledged to recapture the whole of the country does not bode well for those hoping to see the last of the terrorist group.

An idea many analysts have long acknowledged may prove hard for the coalition to effectively deal with: ISIS, forged in the tumult of the Iraq War and fueled by ideological, economic and religious drivers, is more a symptom than the problem itself.