US Service Member Dies In Syria After A Vehicle Rollover Incident

An unnamed service member died May 26 in Syria after a vehicle rollover accident, the Department of Defense announced. It... 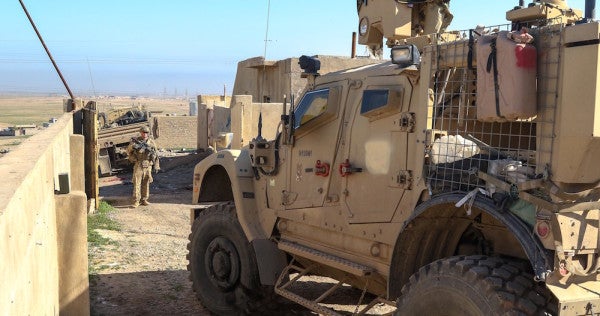 An unnamed service member died May 26 in Syria after a vehicle rollover accident, the Department of Defense announced. It also has yet to release his service branch.

A spokesman from Combined Joint Task Force-Operation Inherent Resolve said in a statement, that the service member “died of injuries sustained during a vehicle rollover in northern Syria, May 26, 2017. Further information will be released as appropriate.”

U.S. efforts in Syria have ramped up in recent months. ABC News reported that roughly 900 U.S. troops are currently deployed to the country to aid Kurdish and Syrian Arab Forces in the fight against ISIS.

In March, a convoy of U.S. troops from the 75th Ranger Regiment was seen crossing into Syria from Iraqi Kurdistan. The Rangers were riding in Stryker armored vehicles en route to the Syrian village of Manbij.

Additionally, this week, marine artillery crews established a firebase and plan to attack ISIS members in Raqqa, the Islamic State’s de facto capital in Syria, according to Military Times.