The Russian military will target areas in Syria occupied by American special forces and their local allies if Moscow’s troops... 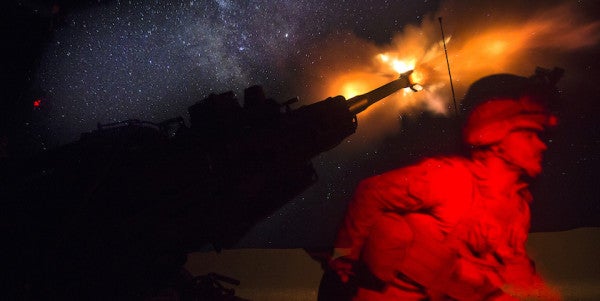 The Russian military will target areas in Syria occupied by American special forces and their local allies if Moscow’s troops come under fire from them again, the Russian Defense Ministry said on Sept. 21, escalating tensions between the two countries as the relatively straightforward mission to destroy ISIS gives way to a far more complex international situation.

As ISIS strongholds continue to collapse across the region, a major showdown between U.S.-backed Syrian Democratic Forces and the Syrian government, which is supported by Russia and Iran, is appearing more and more likely.

The SDF, an alliance of Kurdish and Arab militias, is considered a rebel group by the Syrian regime. SDF fighters have clashed with pro-government troops on multiple occasions since the American-led anti-ISIS campaign, called Operation Inherent Resolve, began. The U.S. military intervened several times on behalf of the SDF during some of those engagements.

Russia’s warning was issued as the SDF and the Syrian government converge on the former ISIS stronghold of Deir el-Zour from two different directions, bringing the two factions within miles of each other along a stretch of the Euphrates River where most of Syria’s oil is located. According to The Washington Post, the area is “viewed as a critical prize for all sides involved.”

The strategic value of the area has become increasingly evident since the battle to drive ISIS militants from Deir el-Zour began. Russian military spokesman Maj. General Igor Konashenkov said that Syrian troops working alongside Russian special forces outside the city have been shelled twice by the SDF, which is positioned on the eastern banks of the Euphrates with U.S. special forces, Reuters reports.

“A representative of the U.S. military command in Al Udeid (the U.S. operations center in Qatar) was told in no uncertain terms that any attempts to open fire from areas where SDF fighters are located would be quickly shut down,” Konashenkov said in a statement. “Firing positions in those areas will be immediately suppressed with all military means.”

Russia has already demonstrated its willingness to shed American blood to protect its strategic interests in Syria. On Sept. 16, the U.S. claimed that Russian warplanes bombed an SDF position north of Deir el-Zour, allegedly near the position of a team of U.S. special operations forces. A military official told CNN that the Americans were “at most a couple of miles” away from the point of impact, and provided medical aid to their wounded Syrian allies. Moscow denied that it conducted the strike.

Two days after the alleged strike, Syrian government troops crossed to the eastern side of the Euphrates, which has served as an unofficial dividing line between the two coalitions. The SDF warned the Syrian army not to advance any further.

Whether or not the post-ISIS fight for control of Syria, which has been embroiled in a brutal civil war since 2011, will draw the U.S. into a direct military engagement with Russia and Iran remains to be seen, but Thursday’s warning seems to suggest that avoiding such an outcome will require commanders on both sides to exercise extreme restraint.

As The Washington Post notes, Iran, which is closely allied with Russia in support of Syrian President Bashar al-Assad, is determined to control the Syrian-Iraq border area near Deir el-Zour to “cement their arc of influence stretching from Tehran through Baghdad and Damascus to Beirut on the Mediterranean.”

Meanwhile, the Trump administration has set an additional goal in Syria: preventing Iran from expanding its influence into areas where ISIS is defeated, according to The Washington Post.

While the Pentagon says there are about 500 U.S. troops currently deployed to Syria — mostly special operations forces — the actual number is unknown and believed to be much higher. Soldiers deployed to the country for less than 18 months are not included in the official count.