In a long fight punctuated by moral victories, this may be the biggest yet: The U.S.-led coalition in Iraq and... 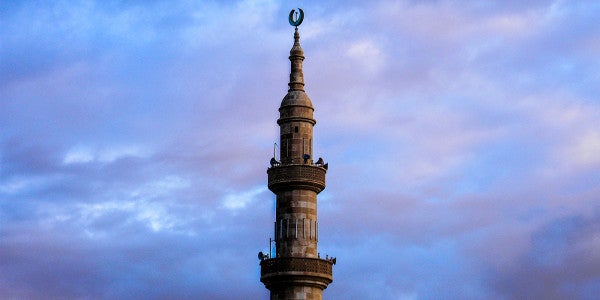 In a long fight punctuated by moral victories, this may be the biggest yet: The U.S.-led coalition in Iraq and Syria announced Monday morning that it had secured the historic Grand Mosque of Raqqa, a “milestone” in the years-long struggle to rout ISIS and take back its de facto capital.

A spokesman for Operation Inherent Resolve credited the U.S.'s motley crew of ground allies, the Syrian Democratic Forces, with clearing the mosque on Sep. 2.

Satellite view of the Grand Mosque in Raqqa.Google Maps

“The liberation of this historic landmark is a testimony to the dedication and courage of the SDF as they fight to defeat ISIS in Raqqa,” Col. Ryan Dillon said in a press release Sep. 4. “The SDF have made consistent incremental gains in the urban terrain of the city, fighting block by block, and applying increasing pressure on ISIS each day while evacuating civilians along the way.”

Since the U.S.-led campaign against the makeshift ISIS capital began, members of the terror group have left Raqqa in droves. The coalition has dumped historic levels of ordnance in its struggle to fix and destroy ISIS fighters and now faces a difficult struggle to find and wipe out remaining resisters, who have resorted to tunnels, among other tactics, to avoid the onslaught.

Dillon said advancing forces this weekend had evacuated “thousands of civilians” and took measures to limit damage to the mosque itself, which ISIS had captured in 2014, after making Raqqa its beachhead for a global Islamic caliphate that never was.