Pilots Frustrated Over Rules Of Engagement In Fight Against ISIS

Pilots flying missions against Islamic State militants vent their frustration to Fox News, and blame slow-moving bureaucracy for their restrictive... 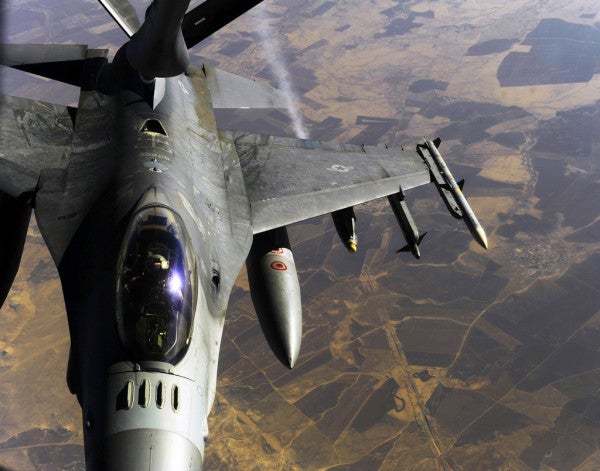 Pilots flying missions against Islamic State militants vent their frustration to Fox News, and blame slow-moving bureaucracy for their restrictive rules of engagement.

One Navy F-18 pilot told Fox: “There were times I had groups of ISIS fighters in my sights, but couldn't get clearance to engage. They probably killed innocent people and spread evil because of my inability to kill them. It was frustrating.”

The current rules of engagement have been criticized for being too slow and cumbersome for pilots to take action against targets on the ground, yet defenders of the current policy cite civilian casualties and collateral damage as key reasons for the strict procedure.

“Today, we are supporting a fight against terrorists who blend into the civilian population,” a senior defense official told Fox News. “Our threshold for civilian casualties and collateral damage is low. We don’t want to own this fight. We have reliable partners on the ground.”