The brunt of the coalition-led air campaign against the Islamic State is being borne by the United States, with American... 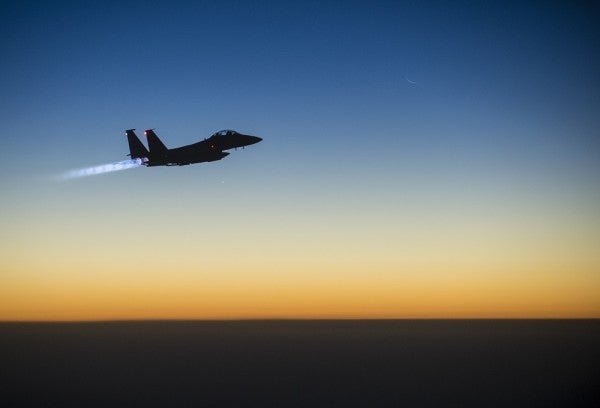 The brunt of the coalition-led air campaign against the Islamic State is being borne by the United States, with American allies only carrying out 139 of the 2,658 strikes, or just 5%, in Syria since December 2014, reports Vocativ. When the U.S. began launching attacks against Islamic State targets in September 2014, it was joined by a host of Arab nations: Saudi Arabia, the United Arab Emirates, Jordan, Bahrain, and Qatar. Since then, the U.S. has recruited Turkey, Australia, France, and Canada — which announced it will withdraw from the campaign Oct. 20 — to fight against the islamic state. However, these coalition allies are playing a very small role in the fight.

“It’s a stunning indictment of the so-called coalition in Syria,” Chris Woods told Vocativ. Woods is the director of Airwars, a monitoring group that tracks coalition airstrikes against the Islamic State and civilian casualties caused by collateral damage.

Unlike the air war taking place over Iraq, the one in Syria involves a host of players beyond the Islamic State, and allied powers may be hesitant to strike Islamic State targets for fear of empowering one group over the other. According to Vocativ, the fighting in Yemen has also taken the focus of Saudi Arabia, UAE and other Gulf allies away from the Syrian air campaign.