Military planners devising strategy for the next big war — specifically with China — might want to take a look... 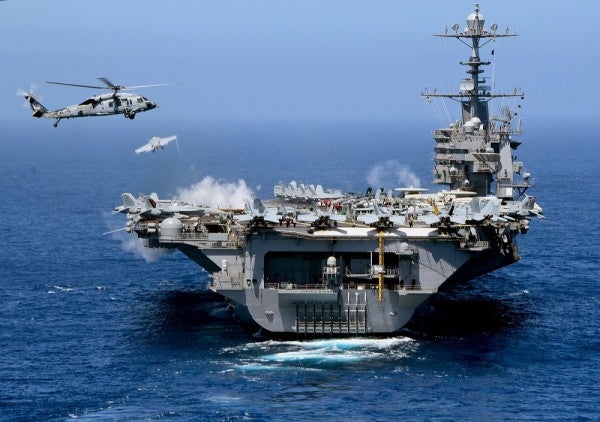 Military planners devising strategy for the next big war — specifically with China — might want to take a look at the past, as far back as World War II, and avoid the impulse to win a decisive victory, as we did during the Gulf War.

It’s unlikely we’ll fight an enemy with the deck that stacked in our favor again.

“It makes no sense to attempt to enter a fight on Chinese terms, in their own front yard, against a massive opponent who has historically demonstrated the ability to take a great number of punches on home ground and still stay in the fight,” writes Michael W. Pietrucha for War is Boring.

Planners should consider a campaign of interdiction and route control, similar to the war in the Pacific against the Empire of Japan. The focus should be on the end state, and not on the speed of victory, says Pietrucha, a senior Air Force officer.