A routine call for the Coast Guard very quickly became an extraordinary rescue after a technical malfunction off the coast... 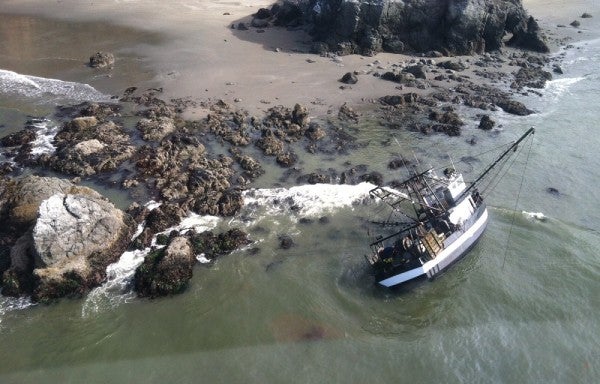 A routine call for the Coast Guard very quickly became an extraordinary rescue after a technical malfunction off the coast of Cape Blanco, Oregon, on July 21. A Coast Guard rescue helicopter responded to a call from the four-man crew of the Jamie K, a fishing vessel that ran aground about 250 yards from the coast. The fishermen abandoned ship and headed to the lifeboats. When the rescue chopper arrived overhead, the hoist malfunctioned, which meant that rescue swimmer Petty Officer 2nd Class Darren Harrity, couldn’t bring the fishermen up onto the helicopter.

With the cable out of commission, the fishermen and Harrity were left with only one option: Swimming the 250 yards to shore, in choppy sea, at night. Four times.

“I think the pilot said, ‘Harrity, you’re going to be doing a lot of swimming tonight,’” Harrity told Fox News. “It was just me and my muscles and that’s it.”

Swimming back and forth between the life raft and the shore, Harrity ferried the fishermen to safety, one at a time, stopping only when everyone was safe on land.

Watch the Coast Guard’s video of the rescue below.