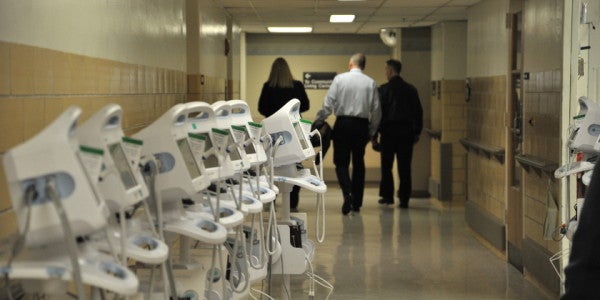 During a symposium in Washington, D.C., on Sept. 9, Republican Sen. Johnny Isakson, the Senate Veterans' Affairs Committee chairman, urged attendees to be patient with the Veterans Choice program, saying that 7.5 million more appointments have been made this year than last, reports Military Times.

“A lot of people have said VA Choice is a cop-out,” said Isakson. “But you just don’t provide health care to 6.5 million veterans by snapping your fingers. We don’t have the money in the federal government to provide all the health care to veterans if we wanted to. We have to empower the private sector through programs that work.”

The Veterans Choice program is designed to allow veterans living more than 40 miles from a VA facility, or those who waitlisted for more than 30 days, to receive care from a private facility. However, the program faced a rocky launch earlier this year with unclearly defined parameters on distance. Veterans living in rural areas have also faced challenges finding doctors familiar with the program.

During a Senate Veterans’ Affairs Committee field hearing on Aug. 25, Sen. Dan Sullivan, said that: “It's been nothing less than an unmitigated failure.”

However, Isakson urged patience during the symposium hosted by Military Officers Association of America.

“We are making progress,” he said. “We are a long ways from where we want to go, but we are getting there.”