The Overwhelmed VA Choice Program Is Running Out Of Money — Again

All last summer, lawmakers on Capitol Hill scrambled to find more than $2 billion in emergency funding to keep the... 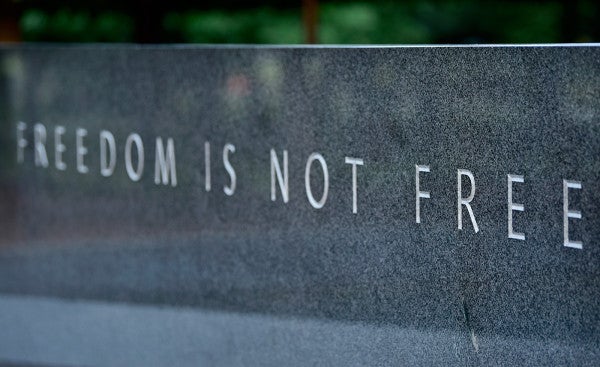 All last summer, lawmakers on Capitol Hill scrambled to find more than $2 billion in emergency funding to keep the Department of Veterans Affairs’ top private-provider referral program from going bankrupt. After a few misfires and rounds of recriminations, that funding came through last month.

But the Veterans Choice Program is already blowing through its allowance again.

In a statement to the Associated Press on Sept. 26, VA officials confirmed that the Choice program is expected to exhaust the last of its funding yet again between December 2017 and March 2018. The VA’s statement came as representatives for the House Veterans Affairs Committee told AP that they suspected the program would run out of money before year’s end. (Curtis Cashour, press secretary for Veterans Affairs Secretary David Shulkin, told Task & Purpose in an email that Shulkin was “confident Choice funding will last until the end of the year.”)

A stopgap measure launched in 2014 to help reduce historic wait times and backlogs, the Veterans Choice Program is intended to give a veteran the option of seeking federally-funded care from nearby private providers if the patient is more than 30 days from a VA appointment date or 40 miles from a VA medical center.

The program was set to expire this year, but the Trump administration pushed for an extension of Choice, billing it as a cost-effective release valve for the VA’s backlog. Congress granted that extension last April, largely on guarantees from VA Secretary David Shulkin that the program was working and would be able to manage through at least August with its existing $950 million budget.

Those plans went awry just two months later, when Shulkin suddenly warned Congress that the Choice program was facing an immediate billion-dollar shortfall. “On financial projections, we have to do better,” he told a Senate subcommittee in charge of VA appropriations on June 21. “We do not want to see veterans impacted at all by our inability to manage budgets.”

That revelation kicked off a dramatic series of actions over the summer. While Congress debated a stopgap funding measure for Choice, the VA began to reduce appointments under the program to conserve funds. In the meantime, some veterans have charged that the program is leading to new backlogs and wait times, because doctors are reluctant to work with the company that VA contracted with to pay the Choice physicians.

Now, just weeks after securing $2.1 billion in additional Choice funding, VA admits it needs more cash — and soon. The Trump administration, with encouragement from conservative groups, has pressed for a “Choice 2.0” bill that would make the program permanent and expand its capabilities. On Sept. 27, Shulkin was at a health-care conference in Washington, speaking on the upside of expanding Choice:

The administration, however, is unlikely to get a friendly hearing from lawmakers who are exhausted by the White House’s lofty policy promises and surprise shortfalls. Republican Sen. John McCain of Arizona — chairman of the Senate Armed Services Committee, a former Navy POW, and a key ally in passing funding for veterans programs — wrote a letter to Shulkin Sep. 27 demanding answers to some tough questions.

“Is the VA facing a third funding shortfall for the Choice Program this year?” he asked. “Will funding for the Choice program remain available, as you have testified, well into next fiscal year?”

McCain added that, when the first Choice shortfall was revealed in June, he’d joined other senators in asking Shulkin for accountability for “financial mismanagement” in the department.

“We said at the time that it was essential, given the growing demand for care under the Choice program, that the VA immediately correct the failures that created such a serious shortfall,” McCain wrote. “It appears as if you have not done so.”