Christmas came early for homeless veterans across the nation this year when, on late Dec. 6, the Trump administration suddenly... 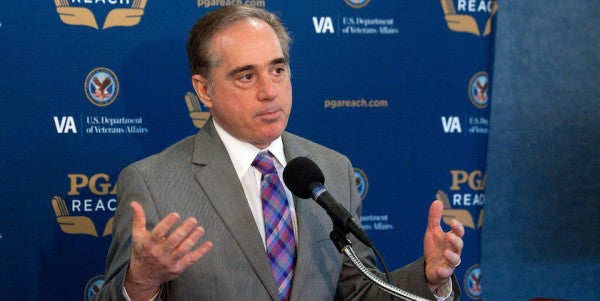 Christmas came early for homeless veterans across the nation this year when, on late Dec. 6, the Trump administration suddenly canceled a quiet plan to pull nearly half a billion dollars in funding from a voucher program that has long served as a vital lifeline for some of the country’s most vulnerable former service members.

It took less than a few hours for the administration to abandon the plan after the press caught wind of it.

“There will be absolutely no change in the funding to support our homeless program,” Department of Veterans Affairs David Shulkin said in a statement on Dec. 6, adding that the $460 million used to fund the initiative — one of the VA’s two major homelessness projects — would not be put it into Choice, a program that allows veterans to receive health care outside the VA system, which was the original plan.

The VA’s about-face was met with a big sigh of relief from virtually everyone involved in the monumental effort to end veteran homelessness. It was a close call.

Veterans advocates and even VA staff were surprised to learn that the agency had decided to shut down the voucher program, which is run in conjunction with the Department of Housing and Urban Development and provides long-term living accommodations and counseling for “chronically homeless veterans with disabilities including mental disease and addiction,” according to CNN.

Even more baffling, Shulkin and HUD Secretary Ben Carson had trumpeted President Donald Trump’s commitment to ending veteran homelessness during a visit to a low-income housing development in Washington on Nov. 27.

“We are committed to continue our efforts until we get every veteran off the streets to find a home such as this,” Shulkin said, referring to Conway Residence, a 14-story building in D.C. that includes 60 permanent units for veterans “exiting homelessness,” as NBC News put it.

“It’s wonderful that a facility like this exists,” Carson added. “One percent of our population protects the other 99 percent. We should be willing to go the extra mile to make sure they’re taken care of.”

The voucher program has found permanent housing for 138,000 homeless veterans since 2008, and, as Politico reports, “has cut the number without housing on a given day by almost half.”

Between 2016-2017 the number of homeless veterans rose by 2 percent, marking the first year-to-year increase since 2010. Still, over the past eight years, veteran homelessness has plunged nationwide by roughly 45 percent, according to The Washington Post. HUD reported this week that volunteers have counted 40,056 veterans currently “living on the streets or in transitional housing and shelters,” according to Stars and Stripes.

Shulkin announced the cancellation of the voucher program in a phone call with advocates on Dec. 1, although the decision had been quietly made back in September “without prior consultation with HUD or veterans’ groups,” according to Politico. “Not a single person spoke in support of VA’s action in any way, shape, or form,” Elisha Harig-Blaine of the National League of Cities, who serves on a VA advisory board, told CNN.

The backlash was swift and remarkably bipartisan. Even before the public was made aware of the VA’s intent to shutter the voucher program, all 14 members of the Senate Appropriations Subcommittee on Military Construction, Veterans Affairs, and Related Agencies, signed a letter dated Nov. 7 urging the VA to “not move forward” with its plan. The lawmakers warned that “shift could have tremendous unintended consequences”; Sen. Patty Murray of Washington, a member of the committee, called it “especially callous and perplexing,” and “mean-spirited.”

It wasn’t until Politico and The Washington Post brought the news to the public’s attention early Dec. 6 that the administration had a sudden change of heart. Only hours before Shulkin’s reversal, VA spokesman Curt Cashour staunchly defended the cancellation of the program in a statement to The Washington Post.

“While some may think Washington bureaucrats are more qualified to make decisions about local VA issues than local VA leaders, we wholeheartedly disagree,” he said.