President Donald Trump is expected to sign an executive order this afternoon that will expand mental health coverage options for... 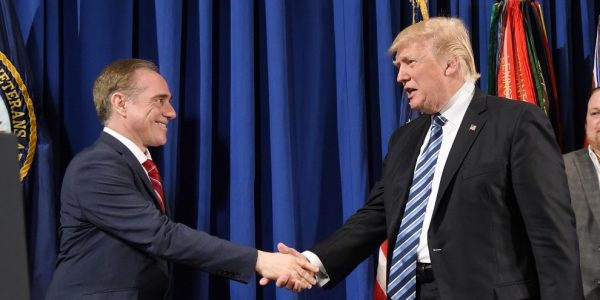 The order, “Supporting Our Veterans During Their Transition from Uniformed Service to Civilian Life,” is specifically geared toward combating veteran suicide, Military Times’ Leo Shane first reported. An estimated 20 U.S. veterans die by suicide each day, and President Trump last year tasked incoming VA Secretary David Shulkin with getting that number to zero.

“That is just an unacceptable number and we are focused on doing everything we can to try to prevent these veteran suicides,” Shulkin said during a phone conference with reporters Jan. 9.

The new executive order would focus on veterans who are at the highest suicide risk: those who recently separated from the service. The order gives the Departments of Veterans Affairs, Defense, and Homeland Security 60 days to create a “Joint Action Plan” for “seamless mental health care” to service members exiting the military, according to Military Times.

“Transition from the military to the civilian workforce is a challenge for any veteran,” Lou Celli, the American Legion’s national director of veterans affairs and rehabilitation, told Task & Purpose via email. “Some veterans have more difficulty with this than others, and we see this expansion of mental health care and suicide prevention programs to be part of an important safety net.”

Veterans who leave the service with “bad paper” discharges — disciplinary separations that can bar recipients from collecting VA education, disability, and medical benefits — wouldn’t qualify for new benefits under the executive order. However, they do have access to emergency care mental health services through the VA, under a program Shulkin launched last year.

When the executive order’s proposed safeguards kick in, service members will have the ability to opt out, according to senior administration officials. Veterans enrolled in the 12-month program will have access to mental health care through the Veterans Health Administration, as well as private providers through the VA’s CHOICE program.

The plan is expected to cost “a couple hundred million dollars a year,” paid with existing funds from the VA and Defense Department’s budgets, the Washington Post reports.

The Department of Homeland security’s involvement serves to ensure transitioning members of the Coast Guard have access to the program, Military Times reports.