In 2014 and 2015, the Department of Veterans Affairs spent nearly $6.7 million to secretly settle cases with hundreds of... 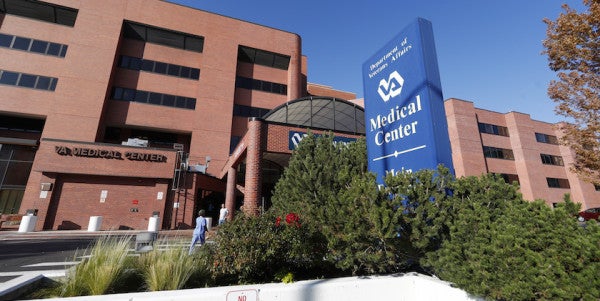 In 2014 and 2015, the Department of Veterans Affairs spent nearly $6.7 million to secretly settle cases with hundreds of employees who were either fired or forced into retirement due to inadequate performance, according to a USA Today investigation.

In an exhaustive report published on Oct. 11, USA Today cited numerous instances in which problem employees — including doctors, nurses, and other medical workers — were paid substantial sums of money upon their removal from the agency. In many cases, the VA agreed to conceal the reasons for their separation, and even expunged records of poor performance.

While USA Today was only able to pull data from 2014 and 2015, the report exposes how VA protocols for firing medical staff who have committed negligence and misconduct allows many to secure employment in the private sector after they are forced out of the agency.

USA Today found that, between 2014 and 2015, “75 employees secured neutral references from the VA, hiding misconduct from future employers” while 38 settlements “included explicit confidentiality clauses barring disclosure of the terms” of employees’ removal. In 126 cases, the VA agreed to “rescind firing orders and allowed employees to resign or retire instead.” And in 82 cases, “the VA said it would purge negative records from employees’ personnel files.”

Because the settlements were reached in secret, the records do not describe why the VA determined that the employees should be fired or forced to resign. However, USA Today was able to dig up the troubling details of several cases from recent years that provide insight into how the secret settlements can “create potential danger beyond the VA.”

In one case, Dr. Thomas Franchini, a VA podiatrist, was allowed to “quietly resign” after it was concluded that in 88 cases he had made mistakes that harmed veterans at the VA hospital in Togus, Maine. One veteran who spoke to USA Today chose to have her leg amputated after Franchini twice failed to properly fuse a broken ankle, leaving her in unbearable pain.

Franchini was never reported to a national database that tracks problem doctors, and now works as a podiatrist in New York City.

“We found that he was a dangerous surgeon,” former hospital surgery chief Robert Sampson said during a deposition in an ongoing federal lawsuit against the VA.

In another case, a VA radiologist was paid $42,000 of unused sick and leave pay and allowed to resign after the agency found that he had misread “dozens of CT scans” at a VA hospital in Spokane, Washington. That doctor left the VA with a clean reference.

As a result of USA Today’s report, VA Secretary David Shulkin has mandated that any future settlement deal involving a payout of more than $5,000 be approved by top department officials in Washington instead of local and regional officials.

Shulkin’s order marks yet another change made on his watch that gives department leaders more clout in the firing process. In June, President Donald Trump signed a bill into law, called the Accountability and Whistleblower Protection Act, that makes it easier for the VA to get rid of problematic employees. Senate lawmakers who had advocated for the bill “cited dozens of anecdotes of VA workers delaying firing for months for offenses like neglecting patients, watching pornography at work, or embezzling federal funds,” according to Military Times.

The VA also said in response to the USA Today report that it will review its policy of reporting only some medical professionals to the national data bank. Currently, the VA does only reports certain types of medical providers, not including podiatrists.

“It makes no sense to report only half the people who can cause harm,” Michael Gonzalez, an Ohio health care lawyer who represents hospitals, told USA Today. “There are podiatrists who do a lot of foot and ankle surgeries.”