Despite efforts to curtail the theft of opioids and other drugs by employees at Department of Veterans Affairs hospitals, “the... 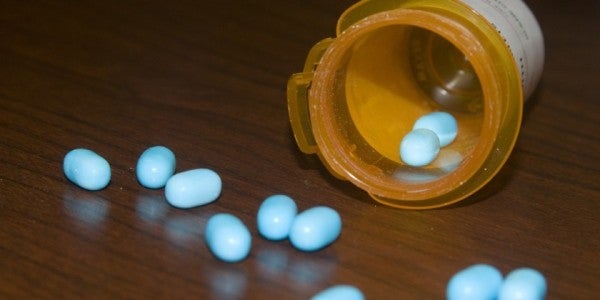 Despite efforts to curtail the theft of opioids and other drugs by employees at Department of Veterans Affairs hospitals, “the rate of reported missing drugs at VA health facilities was more than double that of the private sector,” according to an Associated Press exclusive.

“This is why the VA needs stronger inventory checks and balances and employee accountability,” Joe Davis, a spokesman for Veterans of Foreign Wars, told Task & Purpose in an email. “We cannot allow patients to receive watered-down medications, and we cannot allow thieves and drug dealers to thrive behind federal employee protections. Breaking the law and endangering others must come with immediate consequences, to include prosecution to the fullest extent of the law.”

Amid a nationwide opioid-addiction crisis, medical facilities everywhere have been crunched by drug thefts. But since last October, investigators have opened 36 new theft cases in VA facilities — bringing the department’s total number of open investigations into pilfered prescriptions to 108, according to data from the Drug Enforcement Agency obtained by the AP through a Freedom of Information Act request. That’s well ahead of the 2016 pace, in which VA reported 2,397 drug losses or thefts.

That spike may partly be a function of the VA’s tougher oversight of drug losses in recent years, Davis told Task & Purpose.

“The tighter the oversight the more incidents that will be reported, initially, because an apex will be reached,” he said. “Whether it’s a fair comparison is debatable, because the VA is required to report whereas the private sector isn’t, unless law enforcement is called in, and then you might only get a snapshot instead of the full picture because the private sector can just fire you instead of risking the embarrassment of public knowledge.”

Following a Feb. 20 report by the Associated Press on the theft of prescription drugs, the VA announced new measures to curtail theft of prescription drugs, including employee drug tests, inspections, and reviews of data in order to identify problems, but “criminal investigators said it was hard to say whether new safeguards are helping,” the Associated Press reports.

In the meantime, VA Secretary David Shulkin and allies in Congress are using the stats as evidence that the department needs freer reign to discipline and fire VA employees. Republican Sen. Marco Rubio of Florida told the AP that “the theft and misuse of prescription drugs, including opioids, by some VA employees is a good example of why we need greater accountability at the VA.”

Rubio’s “VA Accountability First Act,” which would weaken union protections for Veterans Affairs employees and has Shulkin’s support, is widely expected to pass a vote in Congress early next month.