The Army’s three female Ranger candidates moved on to the mountain phase of the training, July 11. Nineteen women participated... 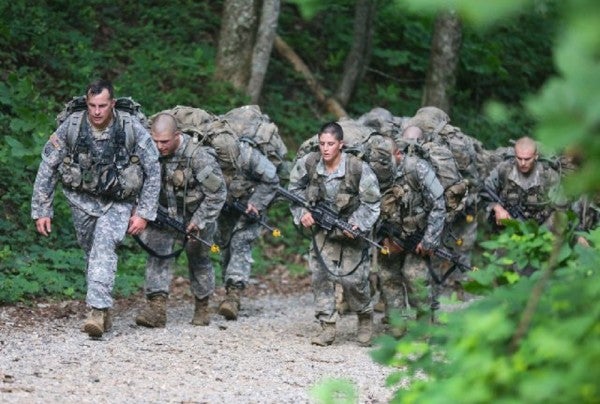 The Army’s three female Ranger candidates moved on to the mountain phase of the training, July 11. Nineteen women participated in the Ranger course as part of an integration assessment, which began in April. The remaining three have advanced to the 20-day mountain course, another grueling phase of the training. Those who pass the mountain phase will then head to Eglin Air Force Base, Florida, where they will learn the skills needed to survive in a rainforest or swamp, during the final phase of of Ranger training.

Female soldiers who make it through Army Ranger School will not be permitted to join the 75th Ranger Regiment, though they will wear the coveted Army Ranger tab. The training is designed to test how female soldiers can become Rangers, and is part of the Army’s assessment on gender integration. Career fields traditionally closed to women, including many combat arms jobs, are set to be opened to female soldiers unless the Army can provide the Pentagon with evidence as to why they should remain closed by Jan.1, 2016.