The first official gender-integrated Ranger School class began on Nov. 2, though the Army refuses to say how many servicewomen... 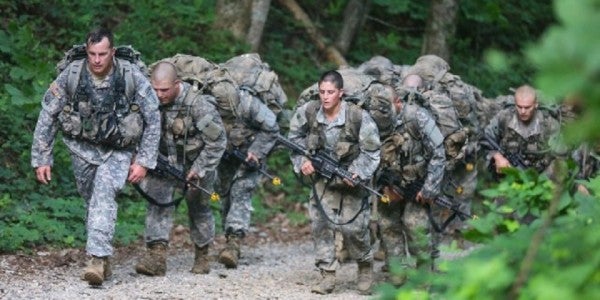 The first official gender-integrated Ranger School class began on Nov. 2, though the Army refuses to say how many servicewomen are attending the grueling course. As many as 417 soldiers started the course, with 300 remaining after the Ranger Physical Assessment, reports the Army Times.

The elite school was opened to women on Sept. 2 after two female soldiers, 1st Lt. Shaye Haver and Capt. Kristen Griest, passed the course and earned the right to wear the coveted Army Ranger tab.