The Information War That The US Lost In Iraq

As the old adage goes, The pen is mightier than the sword. “Selling War: A Critical Look at the Military... 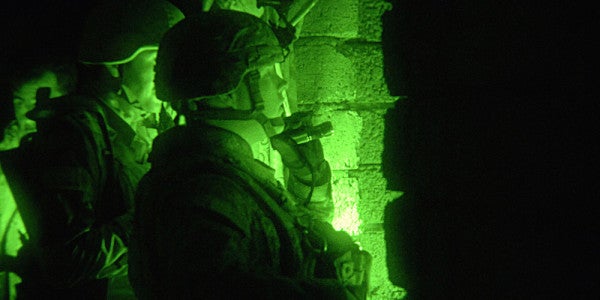 As the old adage goes, The pen is mightier than the sword. “Selling War: A Critical Look at the Military PR’s Machine,” a new book by Steven J. Alvarez, is if nothing else a somber reminder that in modern conflict, the pen must be wielded with the sword.

As an Army reservist and public affairs officer, Alvarez deployed to Iraq in mid-2004 to serve as the chief public affairs officer for Multinational Security Transition Command–Iraq. In this capacity, he served as then-Lt. Gen. David Petraeus’ personal public affairs officer and had an up close and personal view of the many communications mistakes and few successes made by the U.S. military and Coalition Provisional Authority, the transitional government of Iraq established by the United States, early in the Iraq war.

Alvarez’ account is unflinching in its criticism of the red tape, mixed messages, and infighting that seemed prevalent within the military’s public affair community at the time. He argues that the failure to develop effective messaging and to put trained people on the ground early on during the war had a lasting effect on how the military occupation was later perceived. He convincingly maintains that the failure to effectively communicate, both with the Iraqi people and the Arab-world at large, had a direct impact on the subsequent rise of the insurgency that compromised Iraq’s internal security in later years and remains, in part, a problem to this day.

Related: Don’t shackle your life to this mess in Iraq »

His harshest criticism is perhaps reserved for the Iraqi authorities. Alvarez provides numerous examples of how nepotism, corruption, and a reluctance to assume responsibility led to a complete failure of the nascent Iraqi government to seize control of the ongoing narrative. These lapses prevented the Iraqi government from telling its side of the events as they were unfolding and left the messaging to U.S. forces, which were often discounted or disbelieved by their Iraqi and Arab audiences.

While admittedly the book covers a limited window of the Iraq War, according to Alvarez, it was a period of time in which a faulty approach to media communications and messaging was developed, and this approach would influence the media outreach by U.S. forces for the ensuing years of the conflict.

His account is broad in scope, and Alvarez addresses many of the challenges he faced as a public affairs officer. Alvarez lays out in detail the military’s conflicted approach to new technology such as the “blog,” the challenges of convincing Iraqi authorities to put an “Iraqi Face” on media outreach, and negotiating the complex relationships that existed amongst both the U.S. forces and the Iraqi authorities.

He also offers an interesting insight on Petraeus early in the Iraq War and years before he became the commanding general of Multi-National Force–Iraq. Alvarez is steadfast in his praise for Petraeus. He recounts how his strategy of turning Petraeus into the public face of the Iraq War by copying the media presence of “Stormin Norman” Schwarzkopf Jr., the media-savvy commander for the first Gulf War, almost backfired when Petraeus’ then-boss, Gen. George W. Casey Jr. and then-U.S. Ambassador to Iraq John Negroponte, both felt slighted by the amount of press Petraeus was receiving.

Alvarez captures the chaos, bureaucracy, and confusion of those responsible for communicating on behalf of the military, as the nation was unwillingly dragged into an extended insurgency campaign for which it was little prepared. “Selling War” is a cautionary lesson for those who fail to grasp the vital importance of messaging in the competing narratives of modern conflict.

“Selling War: A Critical Look at the Military PR’s Machine” by Steven J. Alvarez is available for purchase beginning March 1.