The American Way Of War As Told By ‘The Big Lebowski’

Americans are infatuated with movies, and for us, as men in our thirties, using quotes from movies has long been... 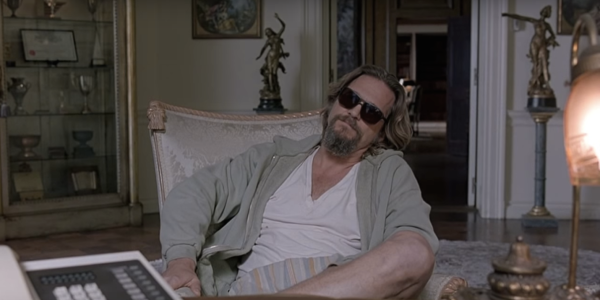 Americans are infatuated with movies, and for us, as men in our thirties, using quotes from movies has long been a method to convey our innermost feelings and emotions. The ability to recite a quirky or obscure quote at the right time impresses male friends, but has never impressed a woman (yet, though that's certainly no reason to stop trying).

There are some cult movies that are ingrained deep the American psyche because they tell profoundly human stories and contain deep philosophical truths. “The Big Lebowski” is such a movie and stands as one of the most often-quoted movies of our time. Believe it or not, “the Dude” has much to teach us about the American way of war.

The American way of war and strategy is built upon the ideal that military power will be used to advance the ideas of freedom, liberty and democracy. Lebowski repeated the quote he had heard from President George W. Bush in response to the Iraq invasion of Kuwait. We see the United States taking action — albeit economic action — today against Russia for its incursions into Ukraine. The United States does not stand for blind and naked aggression that upsets the world order. Here, Lebowski reminds us that there is a line in the sand that other countries should not cross.

“God damn you, Walter! You fuckin' asshole! Everything's a fuckin' travesty with you, man! And what was all that shit about Vietnam? What the FUCK has anything got to do with Vietnam? What the fuck are you talking about?”

The American experience in Vietnam has colored the lens of foreign policy for the last four decades, and weighs heavily on our collective consciousness. Vietnam in effect ended the draft, which, barring a conflict where the survival of the nation is at stake, will not come back in our lifetime. Since Vietnam, the media and politicians have liberally used the label “quagmire” to conjure up the spectre of this conflict as a rhetorical instrument to sway public opinion. However, there is one positive lesson of the conflict is that is easily observable during America's recent wars. The American people have learned to support the troops even if they do not support the political decisions that send them into harm's way. The country has grown in many ways since Vietnam and cannot continue to bear the cross of failed policies and strategies from the past.

“Hell, I can get you a toe by 3 o'clock this afternoon… with nail polish.”

The United States is a resourceful nation, almost to a fault. Assumptions always abound that in a time of crisis where vital national interests are at stake, industry and the military will find the right solutions to solve the problem at hand. World War II validated this assumption. Optimism and enthusiasm, while America's greatest strengths, can become weaknesses if taken to extremes.

“I just want to understand this, sir. Every time a rug is micturated upon in this fair city, I have to compensate the owner?”

Often the United States has the capability to use money as a weapon. The ability to pay off our adversaries, or those sitting on the fence in a conflict, has been a key feature in American tactics and strategy. It paid off with the Sons of Iraq, but was rejected by Turkey in the build up to the invasion of Iraq. As a great power, the United States bears many responsibilities across the globe that smaller nations cannot fulfill. America is fortunate to be one of the strongest and richest nations in the world. However, the world is growing increasingly multi-polar and complex. It may be time that other nations are willing to expend blood and treasure to solve the problems of the world. The French taking the lead in Mali and NATO assuming leadership for operations in Libya have shown this can be done.

“Smokey, this is not 'Nam. This is bowling. There are rules.”

The United States abides by the rules of land warfare and the Geneva conventions. In all conflicts war crimes occur, and the United States has not been immune to this. What separates the United States from many of our adversaries has been our ability to prosecute those who commit crimes in combat. From Mai Lai to South Baghdad and Abu Ghraib, the United States wields the hammer of justice on those who lose their bearing and direction of their moral compass. Some hold the view the United States should use its power and employ the full weight of its force at all times. This view is short sighted, as it is through the measured and discreet use of force that America maintains balance in an international system with norms and expectations.

The United States, since the outset of the Global War on Terror, has been under the illusion that education of populations in other parts of the world will make Americans more secure. Following the publication of “Three Cups of Tea” by the renowned charlatan Greg Mortenson, the American military constructed scores of schools in Afghanistan. Money is consistently given to educate the populace in nations across the globe. A humanitarian worthy cause, perhaps, but it may not be an appropriate guiding principle for the formulation of foreign policy; especially considering that all the 9/11 hijackers were well-educated, as are most high level terrorists across the globe.

“You're going to enter a world of pain, son. We know that this is your homework. We know you stole a car.”

“Whereas what we have here? A bunch of fig-eaters wearing towels on their heads, trying to find reverse in a Soviet tank. This is not a worthy adversary … The man in the black pajamas, Dude. Worthy fuckin' adversary.”

The United States repeatedly underestimates the ability of our adversaries to adjust to conditions in combat. The Vietnamese were outgunned and managed to fight and survive, as have the insurgents in Iraq and Afghanistan. Overwhelming firepower is not a panacea to our military challenges. There are two ways an adversary can seek to defeat America; asymmetrically or stupidly. Adversaries in Iraq used IEDs in lieu of tanks, ships, and technology. They did this because it was the only option the American military left them with. Here Walter reminds us all that often human determination trumps technology in war.

“Your revolution is over, Mr. Lebowski. Condolences. The bums lost. My advice is to do what your parents did; get a job, sir. The bums will always lose. Do you hear me, Lebowski?”

The United States believes hard work and effort will always determine the outcome of a conflict. Try hard enough and believe hard enough and you will succeed. Of course, other factors will always apply; such as genetics. We can try all we want with our tactics and soldiers and Marines on the ground will work harder than anyone out there. But if the bums have a better strategy, they will come out on top.