Even as far back as the Revolutionary War, the U.S. government, military, and private groups have used varying forms of... 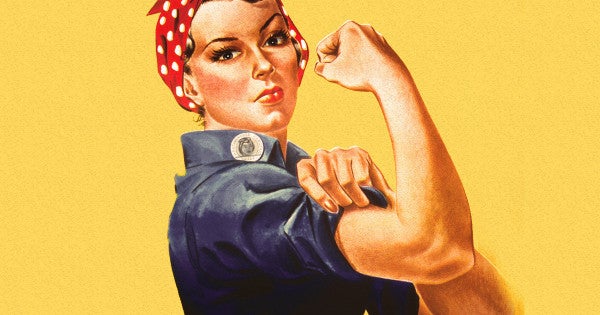 Even as far back as the Revolutionary War, the U.S. government, military, and private groups have used varying forms of propaganda to drum up support for certain political causes. Some of these methods — including posters, comics, and even video games — have become iconic symbols, creating motivation for reaching political ends, thereby framing American patriotism as we know it today.

However, successful propaganda campaigns are much less prevalent now than in years past.

According to Steve Alvarez, an author who writes about propaganda, “The channels to communicate to the masses were controlled by select groups, so ultimately messages were effectively communicated.”

Prior to the birth of mass media and the internet, it was very easy for mainstream media channels to manipulate the public’s perception to a political end.

“Think about Rosie the Riveter or the War Bonds campaigns of the 1940s,” Alvarez told Task & Purpose. “Domestic propaganda worked in order to get the immediate and tacit support of the U.S. populace to support the country’s industrial war effort.”

Now, this sort of government-media influence is simply not possible, but there are pieces of propaganda used throughout American history that are still easily recognizable today.

Here are eight of America’s most notable propaganda campaigns.

Though technically produced before the 13 colonies were considered the United States of America, this piece of propaganda helped kick off the Revolutionary War. Created by Benjamin Franklin and published first in the Pennsylvania Gazette in 1754 to unite the colonies during the French and Indian War, the print was repurposed as the first symbol of colonial unity in our nation’s history in 1765.

During the Civil War, both the Union and the Confederacy employed a number of tactics to entice young men to enlist. “Union Forever” became a fixture on almost every poster in the North. It was often written as a call to serve under “the flag of our union forever and ever.” Many posters offered to pay volunteers $150 for their service, an equivalent of about $4,000 today.

During World War I, Europe developed a food shortage as farmers joined the military, and land where crops were planted turned into battlefields. The United States became the leading producer of agricultural goods. A man named Charles Lathrop Pack organized the National War Garden Commission to encourage Americans to grow “victory gardens” and eat their own crops so that more food could be exported to allied troops overseas. As a result, many encouraging posters emerged with phrases like “sow the seeds of victory” or “the fruits of victory.”

America entered World War I in 1917, and during that year, thousands of men volunteered to join the military. Twenty-year-old Bernice Smith was among those that walked into a California recruiting office to see about enlisting in the Navy. Watching all of the young men there signing up, she suddenly said the words, “Gee I wish I were a man, I'd join the Navy.” One of America's most famous illustrators, Howard Chandler Christy, was present at the time, and requested that Smith pose for him. Her words were then emblazoned on a poster with Smith in uniform and a sailor’s cap, and she became the unintentional first military pin-up girl. A few days later, she herself joined the Navy and rose to the rank of chief yeoman. During World War II, Smith wanted to re-enlist, but was turned down for her age. Ultimately, the piece has been deemed as propaganda largely because it served to entice men to the military, falsely suggest that women could not join, and also suggest that women should challenge the status quo at the time. The campaign was effective as it had different meanings for different demographics, all serving the purpose of convincing the young they ought to enlist in the Navy.

This popular phrase was coined by the War Advertising Council and used on posters by the U.S. Office of War Information to warn Americans against unguarded talk during World War II. It was meant to kindly remind servicemen and other citizens that careless talking about secure information could be used by the enemy to harm our military. If sailors talked too much they might accidentally provide the enemy with information and cause ships to be tracked, bombed, and sunk. A modern take on this theme says, “Loose tweets sink fleets.”

We Can Do It

Often referred to as Rosie the Riveter, “We Can Do It!” by J. Howard Miller was drawn up as an inspirational image to boost worker morale during World War II. Produced by Westinghouse during World War II for the War Production Co-Ordinating Committee, the “We Can Do It” poster became an instrumental part of the national campaign to enlist women into the workforce in manufacturing. It also made a resurgence in the 1980s as a symbol of the feminist movement. According to The Atlantic, “Rosie the Riveter propaganda material must have a bitter edge to it, when viewed in retrospect.” It was a campaign used a means to support the war. As soon as it ended, the manufacturing groups that told women “we can do it” told them they couldn’t once the men returned.

Is This Tomorrow: America Under Communism

During the rise of communism in 1947, the Catechetical Guild Educational published a comic called “Is This Tomorrow: America Under Communism!” It was a propaganda strip about the “Sovietification” of America. Within it, there were warnings about the signs of communism, and suggested that nobody could be trusted — not even your own family members. The 48-page comic is a cautionary tale, about how easy it would be for the Communists to take over the United States. An estimated 4 million copies were distributed in the late 1940s.

Perhaps the most obvious contemporary piece of military propaganda, America’s Army is a video game recruitment tool. The game is branded as a strategic communication device, designed to allow young Americans to virtually explore the Army at their own pace and according to their interests to determine if the Army is a good place to nurture their aspirations, interests, and abilities. It was developed in 1999 by Col. Casey Wardynski, who served as the Army's chief economist and a professor at West Point. It’s seen several iterations, with the most recent coming out in 2013. Since 2002, more than 13 million players have registered, with users racking up more than 260 million hours of play time. In addition, players are often unwittingly exposed to the Army's seven core values. It ranks very highly on gaming sites like Gamestop, which said, “Nothing beats going in and seeing what the Army really does … without actually having to do it.”