Will American history forget the Iraq and Afghanistan wars? 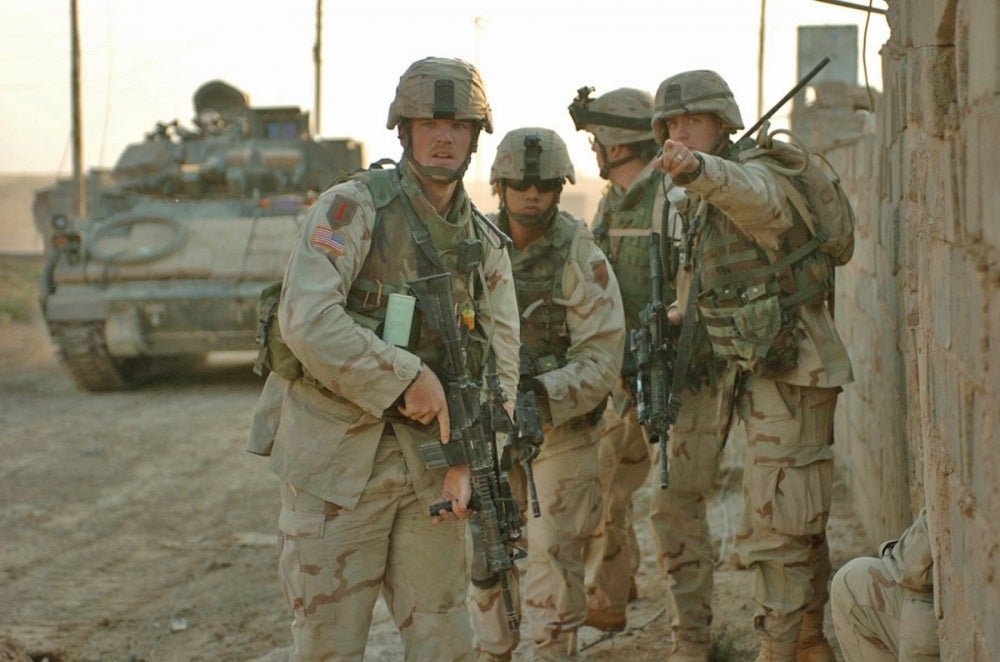 When high school students learn about American history in the decades to come, I wonder if they will spend even one day discussing the Post 9/11 wars and the exceedingly painful lessons that the United States has learned about the limits of its military power.

From my high school experience in suburban Philadelphia more than 20 years ago, American history tends to end around 1945. I remember learning a lot about the causes of the Civil War, the appalling conditions most people endured during the industrial revolution, and early labor, women’s, and civil rights movements.

But the Korean and Vietnam Wars were afterthoughts in the history books. These were subjects that there never seemed to be enough time to discuss before the Advanced Placement exam.

Until I went to college, my best sources of information about the Vietnam War were movies, including really, really crappy ones such as “The Siege of Firebase Gloria.” (Not R. Lee Ermey’s finest performance.)

It was as if the United States felt the need to abbreviate the entire Cold War into a sentence, just as historians did in Kurt Vonnegut Jr.’s novel “The Sirens of Titan” by describing the history of Earth thusly: “Following the death of Jesus Christ, there was a period of readjustment that lasted for approximately one million years.”

The historical amnesia is already well underway. Afghanistan has been the newest forgotten war for roughly a decade. Every so often, lawmakers remember that U.S. troops are still in combat there even though Congress never declared war. They make a fuss for roughly two hours and then move on to their next cable news standup because members of Congress have the attention span of gnats.

Surely, there are valuable lessons that future students can be taught about America’s post-9/11 experiences. When I was a little kid, there was an episode of “He-Man” in which a child asked why our hero didn’t just take out Skeletor.

Believe it or not, I actually thought about that question as the U.S. government prepared to depose Saddam Hussein in 2003.

The answer should become blindingly obvious by now: You can remove a bad guy from power, but what happens afterward?

Had He-Man actually launched a successful regime change against Skeletor, who knows what kind of new villains would have emerged in the resulting power vacuum. Without Skeletor as a bulwark, Zodac might have become the Masters of the Universe hegemon.

Don’t get me started on the potential repercussions for She-Ra: The Princess of Power. (Some national security expert has probably already written voluminous fan fiction about this scenario.)

In all seriousness, the reason why it is important that America break with tradition and actually teach its children about the post-World War II period is simple: We continue to make the same mistakes and use the same bogus justifications.

As a cub reporter at a local paper in Pennsylvania, I remember one person telling me that it was better to fight the terrorists in Baghdad than in Baltimore or Boston. Perhaps unsurprisingly, seven in 10 Americans in Sept. 2003 thought Saddam Hussein had a role in the 9/11 attacks. A lower yet still troubling number of Americans still believed that by 2007.

Years later, when I got back from Iraq after covering troops there, I opened Michael Herr’s novel “Dispatches” and read how boosters of the Vietnam War said the same crap back then.

Herr wrote that reporters in Saigon would be asked: “Would you rather fight them here or in Pasadena?”

“Maybe we could beat them in Pasadena, I’d think, but wouldn’t say it,” he continued.

Another reason why students need to learn how America sent its sons and daughters to war for years is so that an entire generation of service members and their families are never again forgotten by the rest of the country.

The Forever Wars have been allowed to mull along for nearly 20 years because our elected officials, television news, and most of the American public have become completely apathetic to the consequences of having troops deployed in war zones.

These days, I swear to myself as I write about the latest troop drawdowns in Afghanistan and Iraq because I know that almost no one cares. It’s as if the past 19 years never happened.

To paraphrase President Abraham Lincoln: The world will little note nor long remember defense officials’ vapid statements about progress in Afghanistan and Iraq since 2001, but we should never forget that a generation of service members volunteered to go to war, and they kept fighting long after their government had ceased to care about the outcome.