"When you're in that critical moment the only thing you're thinking about is taking care of the people around you." 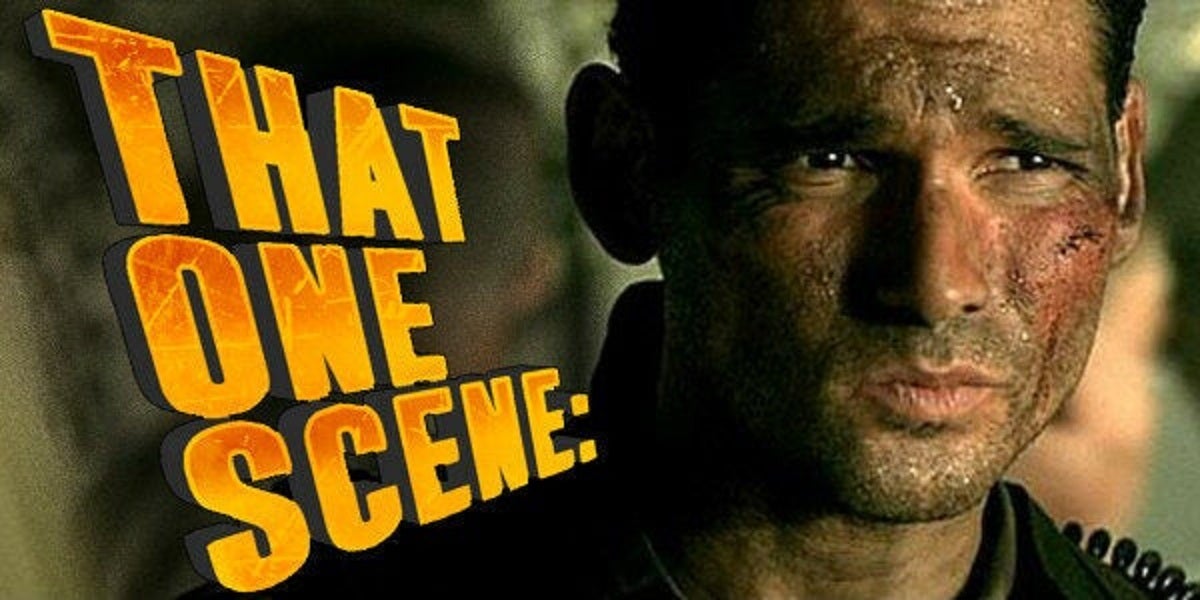 Welcome to That One Scene, a semi-regular series in which Task & Purpose’s senior reporter, James Clark, waxes nostalgic about that one scene from a beloved military movie.

Ever since Ridley Scott’s military drama Black Hawk Down premiered in 2002, it’s been a favorite among service members and military veterans, from comedian Rob Riggle to UFC fighter and Green Beret Tim Kennedy.

Visually stunning, superbly acted, and poignantly scored, the film is an instant classic, as much for its authentic depiction of the deadly Battle of Mogadishu in Somalia on Oct. 3, 1993, as its thoughtful portrayal of the men who fought there.

But one scene in particular — a brief exchange between two of the film’s principal characters — explains not only why soldiers go to war in the first place, but why they return to the battlefield time and again:

After hours of brutal fighting through winding streets, the soldiers prepare to return to the city to pull out men still trapped within. Roughed up and physically exhausted, Staff Sgt. Eversmann (Josh Hartnett) sees ‘Hoot,’ a Delta Force soldier played by Eric Bana, reloading his magazines as he prepares to head back into the fray.

After an incredulous Eversmann asks Hoot if he’s going back out, the latter launches into his iconic monologue:

“When I go home people’ll ask me, ‘Hey Hoot, why do you do it, man? Why, you some kinda war junkie?’

I won’t say a god-damn word.

The speech is one of the most memorable scenes in the film and taps into a sentiment that’s been expressed — and more often silently felt — by men and women at war for, hell, probably as long as people have gone to war.

However, that iconic scene is not actually how it went down in real life.

“Actually, that did not happen at that time,” Norm Hooten, a former Delta Force soldier and the real-life basis for Bana’s character told Task & Purpose.

During the filming of Black Hawk Down, Hooten said that the actors visited his team during Military Operations in Urban Terrain (MOUT) training at Fort Bragg, North Carolina. Among the cast were Bana, and William Fichtner, who played Sergeant First Class Jeff Sanderson.

“They asked ‘hey, why do you do this job?'” said Hooten, adding that his answer formed the basis for the scene at the end of the film. “You know, a lot of people ask that, but the truth of the matter is you do it because you enjoy the people you do it with, and when you’re in combat it’s about the guys who are next to you — to your right and left.”

“It’s not about politics or anything else when you’re in combat,” he added. “You may sign up for that, but when you’re in that critical moment the only thing you’re thinking about is taking care of the people around you.”

“And so I think they interjected that into the movie for entertainment purposes, but that was really a discussion that we had at the MOUT site during training after the events of Oct. 3rd.”

Whether the monologue took place on a mock battlefield in North Carolina or a real-life one in Mogadishu, the spirit of it still rings true: at the end of the day, it’s about the men and women who are there with you.

Related: ‘What to remember in a firefight’ and other advice from a legendary Delta Force operator