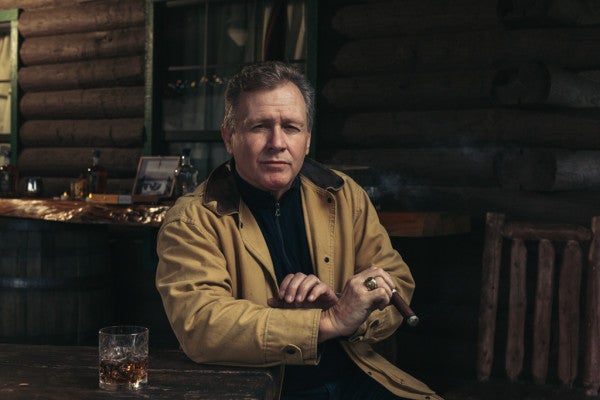 To say that drinking and the military go hand-in-hand is about as obvious as saying water is wet.

Friday nights at the barracks always reminded me of a college frat party, but with more camo, high and tights, and moto tats. Yet some of my fondest memories from that time have little to do with the cheap plastic handles of rum or Southern Comfort that littered the catwalk.

Instead, it was the stories swapped between buddies; the animated gestures as some lance corporal used his Coors can as a prop while recounting the latest shenanigans from the field or tells a (likely embellished) story from deployment.

“It’s very smooth, but it is not a watered-down whiskey. It's a potent whiskey,” said Hooten, a veteran of the Battle of Mogadishu, which was dramatized in Ridley Scott’s 2001 war drama Black Hawk Down, which starred Eric Bana as Hooten.

RELATED: 'What to remember in a firefight' and other advice from a legendary Delta Force operator

“Because of the aging process — it's in a second-use barrel — you don't get that hard oaky taste on it that you'd get in a bourbon. You get more of a mellow, smooth, kind of maple and vanilla note to it. One of the first things I noticed about it when I stuck my nose in the glass is it smelled delicious and tastes even better.”

Task & Purpose had a chance to try Hooten Young’s initial foray into the whiskey business and spoke with Hooten and the company’s sommelier, George Miliotes about the drink’s origins, how it was made, and what you should go in expecting on that first sip.

A predominantly corn-based liquor with notes of maple, vanilla, apple, and cream, Hooten Young Whiskey offers up some subtle notes of vanilla and cream right out the gate, but as you continue drinking, flavors of apple and cream become more pronounced. Though the standout trait of the 92 proof whiskey was by far its smooth finish.

There’s hardly any bite, just a slight earthiness that evaporates quickly as the whiskey coats your tongue. It’s smooth when drunk straight, with some of the flavors, namely the vanilla and cream, becoming more pronounced when sipped on the rocks.

And while the idea of mixing a top-shelf whiskey may be blasphemy to some, it makes a damn good old fashioned with a Luxardo maraschino cherry, an orange peel, Angostura bitters, and one solid cube. It's also the prime ingredient in a signature cocktail named after Hooten, 'The Hoot':

But it’s not cheap: At nearly $90 a bottle, it’s a hefty purchase, though it certainly has a market in whiskey aficionados, and cigar lovers, given that it was crafted with the intent of being sipped alongside a stogie.

“The whiskey itself is something that's truly unique and American,” said Miliotes, who Hooten describes as a man who has “forgotten more about wine and spirits than most people will ever know” to craft their whiskey, which recently released and is available throughout Florida at liquor stores and restaurants, including online and at the Wine Bar George at Disney Springs in Lake Buena Vista.

“First thing, the mash bill of the whiskey is 99 percent corn and 1 percent barley, Miliotes told Task & Purpose. “And corn is a uniquely American grain, so I think it's kind of cool that it is basically a corn whiskey to start with.”

“Most people when they think of whiskey from America immediately think of bourbon, because that's the big name that everybody knows, but ours is not a bourbon,” he explained.

By law, bourbon has to be aged in a new charred oak barrel, Miliotes said.

Now, a brief explainer on the intricacies of this process is in order, but we’ll let Miliotes explain:

When you make a barrel — barrel's are curved, and wood isn't naturally curved. So to make the barrel curved, you heat up the barrel. The wood when it gets hot becomes pliable, and when you do this it chars the inside of the barrel.

With making bourbon, you get a really heavy char on the inside of the barrel; it's black. So that gives bourbon its uniquely smokey and spicy taste. So a bourbon was put in our barrels first and aged somewhere for four to six years in our barrel. And then that bourbon came out, and our whiskey went into it.

Because Hooten Young Whiskey was put into the barrel afterward, it was spared the blunt and raw aromas that often accompany bourbon, explained Miliotes.

“You get a much more mellow flavor out of the barrel, and when you drink this you're gonna notice there's this maple syrup vanilla baked apple thing that goes on in our whiskey that isn't necessarily what you find in every other whiskey that one would buy, in particular bourbon.”

And then there’s the age of the whiskey.

“It was 12 years in that barrel, and you can't fake age in a barrel,” Miliotes told Task & Purpose “Two-to-three-year-old whiskey does not have the smoothness and complexity of a 12-year-old whiskey.”

“So when you blend all these things together — first it's almost all corn, second that it went into second-filled barrels, and third that it's aged for 12 years — there's something really really unique and special about this whiskey that you don't find elsewhere, that gives it its smoothness, and its mixability and that unique flavor, that maple syrup, vanilla, baked apple thing.”

The idea for Hooten Young came about, perhaps predictably, over cigars, stories, and drinks.

“It started on my back porch with my dear friend Tim Young,” Hooten told Task & Purpose. “We'd get together a couple of times a week and smoke cigars together, and have a whiskey and talk. Both of our sons were at West Point together, so that was kind of how we met.”

For the 25th anniversary of Operation Gothic Serpent — the 1993 mission which resulted in the Battle of Mogadishu — Hooten and Young crafted 300 cigars to commemorate the event; a side project that gave way to their business, and eventually, their whiskey.

“We weren't planning on selling the cigars, we really were just going to give them out as gifts, but we got so many requests for cigars after the event, that we decided to go ahead and make them,” Hooten explained.

Their business has since branched out to include additional cigars, like the 'Overlord' to commemorate the 75th anniversary of D-day.

“We smoked a lot of our own cigars, and generally when you're smoking cigars, you're drinking whiskey,” Hooten said. “So we decided to make our own whiskey because we wanted something that went well with cigars, and we didn't find a lot of things that paired really well with our cigars, so we decided to do our own thing.”

And doing their own thing means enjoying whiskey the way it was intended.

“When you're sitting out on your porch in the evening, you've had dinner, and you have a little bit of ice in there, and you have your whiskey,” Miliotes said. “That's kind of the apex way to enjoy the product.”

RELATED: The true story behind that one scene from 'Black Hawk Down' that explains why soldiers go to war