‘Starship Troopers’ is off the Marine commandant’s reading list, but ‘White Donkey’ by Terminal Lance is in

There are so many good f--king books in here. 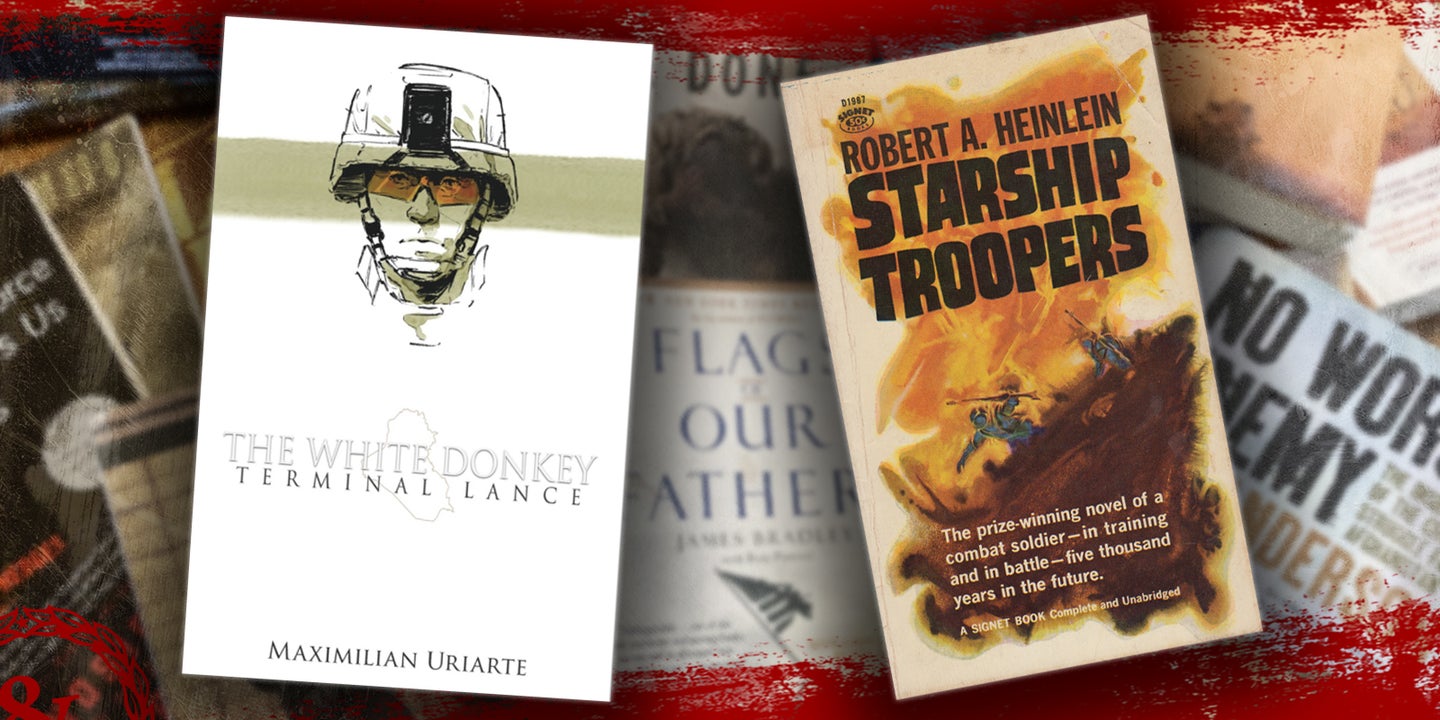 The Marine Corps commandant’s reading list saw some big changes this week, with the sci-fi military classic Starship Troopers getting the boot as newer works of fiction like The White Donkey took a place on the shelf.

The change came on Tuesday when Marine Commandant Gen. David Berger released the new reading list, which includes 46 books across a range of topics and genres.

Among them is the first graphic novel to be added to the Corps’ recommended reading list. Written and illustrated by Marine veteran Maximillian Uriarte, the creator of the wildly popular military web comic Terminal Lance, The White Donkey is a serious and insightful look at post-9/11 war-time service. The novel seamlessly weaves Marine Corps culture with magical realism in a way that leads to both dark laughter and self-reflection.

All that said, we should take a moment to pour one out for Robert Heinlein’s Starship Troopers, which is no longer on the list.

Set in a militaristic society where service and citizenship are inextricably linked, Starship Troopers follows members of the Mobile Infantry; space grunts clad in futuristic combat suits, who drop down onto alien worlds as they engage in intergalactic war without end. And though the state of things in Starship Troopers can only be described as bleak, among military readers — especially Marines — it’s a bit of a cult classic.

It’s not hard to see how a service that preaches “every Marine a rifleman” would also find a welcome home for “everybody fights.”

But with the loss of Starship Troopers come so many new additions, including more than a dozen books that were written about the Global War on Terror, or by veterans of the conflict.

The White Donkey is going to be sharing some shelf space with You Are Worth It, a memoir by Marine Medal of Honor recipient Kyle Carpenter, along with Call Sign Chaos, by retired Marine general and former defense secretary James Mattis, in addition to a mix of books by other veterans of Iraq and Afghanistan.

The list also includes not one, but three books by author P.W. Singer centering on cyber warfare and security: LikeWar; Wired for War; and Cybersecurity & Cyberwar.

“A major emphasis for me in the coming year is updating our training, education and manpower systems,” Berger told Military.com. “The Commandant’s Professional Reading List is an opportunity for Marines of all ranks to expand their thinking and prepare for the unknown in future conflict.”

In a refreshing turn, Tribe, by acclaimed author and war reporter, Sebastian Junger, also made the cut. The nonfiction book is a close examination of military identity, and the challenge some service members and veterans face when they feel it has been lost after they’ve left the service. In other words, the book gets to all the issues that your Transition Readiness Classes should address but doesn’t.

Additionally, the new list does away with recommendations based on rank and instead sorts the books into categories that range from the profession of arms to innovation, leadership, strategy, and the commandant’s choice — which in this case is The Kill Chain by C. Brose.