This Army vet tried to discuss the Black history of Memorial Day. Then his mic was cut

“I assumed it was a technical glitch," he said. It wasn't. 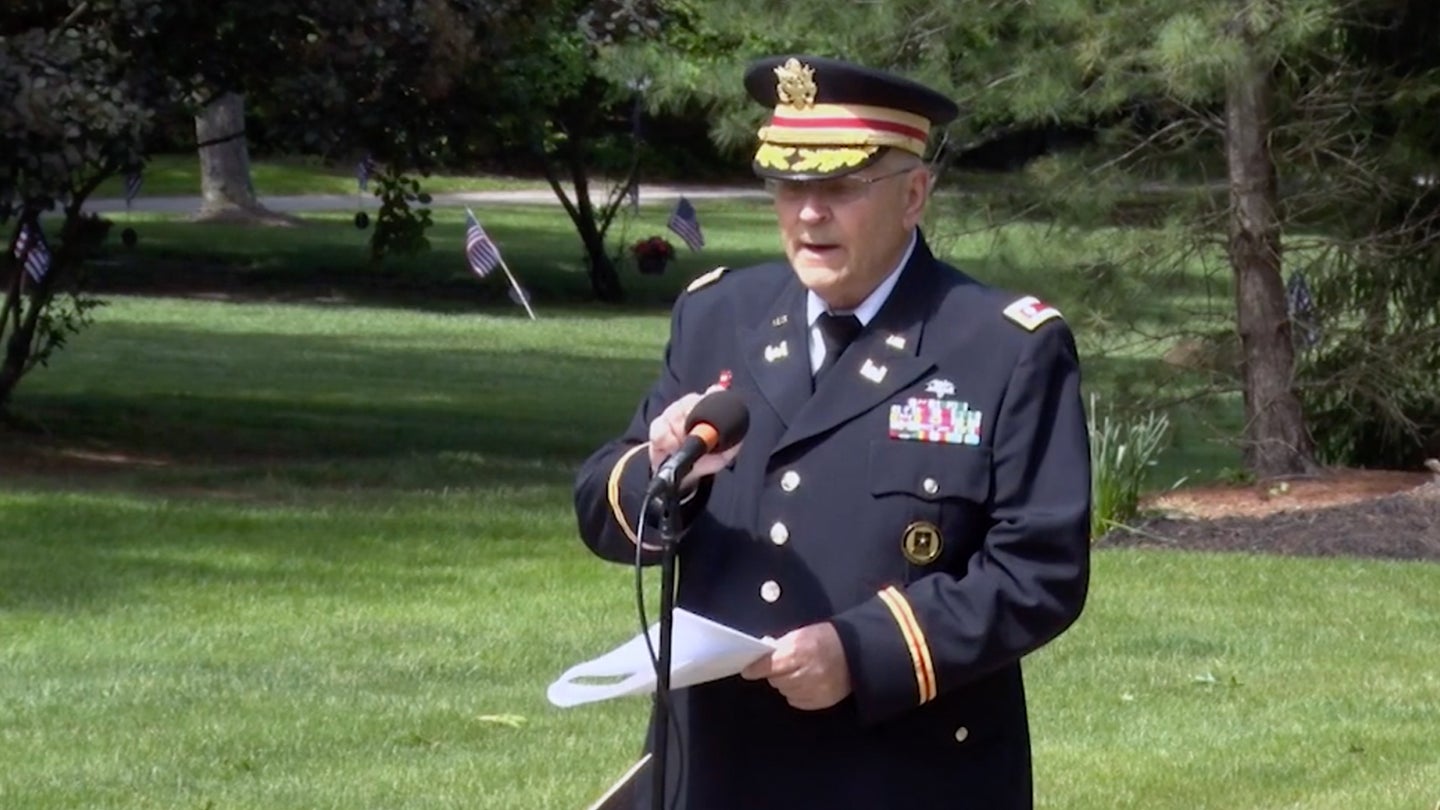 The Ohio American Legion is investigating an incident from Memorial Day when an Army veteran had his mic turned off during a ceremony as he began discussing the role freed Black slaves had in the holiday’s origin after the Civil War.

Lt. Col. Barnard Kemter, an Army veteran who served from 1965 to 1995 and spent time as a combat medic, according to the Akron Beacon Journal, was invited to speak at a Memorial Day ceremony at an Ohio cemetery. But in the middle of his speech, organizers for the event cut his mic. For around two minutes, the Journal reports, Kemter’s microphone was “turned down” as he shared “a story about freed Black slaves honoring deceased soldiers” after the end of the Civil War.

“I assumed it was a technical glitch,” Kemter, who continued giving his speech without a mic using his “Army command voice,” told the Washington Post.

It wasn’t a glitch. An organizer of the Memorial Day event has since said it was an intentional omission of Kemter’s speech because the history of the holiday wasn’t “relevant” to the day’s program. On Wednesday, the Ohio American Legion tweeted that they were aware of the incident and were going to investigate and “take disciplinary action if necessary.”

Memorial Day started in 1868, originally called Decoration Day, as a way for the country to remember the fallen soldiers from the Civil War, according to the Department of Veterans Affairs.

It’s unclear who held the first observance — the VA’s website says cities in the north and south both claimed “to be the birthplace of Memorial Day” in 1866, two years prior to the establishment of Decoration Day. But in 1996, an American History professor at Yale University discovered evidence that the first “Memorial Day” was held by a group of freed slaves in 1865.

According to the History Channel, freed slaves in Charleston, South Carolina, exhumed a mass grave of Union soldiers at a horse racetrack and “reinterred the bodies in a new cemetery with a tall whitewashed fence inscribed with the words: ‘Martyrs of the Race Course.’”

Newspaper reports found by the historian showed that on May 1, 1865, a crowd of 10,000 people — including mostly freed slaves and some white missionaries — had a parade around the racetrack, including double-time marches from Black Union regiments.

Kemter’s speech on Memorial Day included details of that history. But the president of the Hudson American Legion Auxiliary, Cindy Suchan, told the Akron Beacon Journal that the event organizers wanted to omit the historical part of Kemter’s speech because it “was not relevant to our program for the day.”

She also said that they’d asked Kemter to “modify his speech” ahead of time after receiving a copy of what he planned to say, and he “chose not to do that.”

Kemter told the Journal, however, that he was emailed about removing parts of his speech three days before he was expected to deliver it, and that the organizer who emailed him didn’t specify which parts needed to be removed. He got another email the evening before Memorial Day telling him to remove portions of his speech that the organizer had highlighted, but said that he didn’t see any text highlighted.

“I didn’t have time to sit down and rewrite another speech,” Kemter told the Journal. His intention was to discuss the origins of Memorial Day and  “educate people” about “why we were celebrating it,” he told the Post.

When he got to the part of his speech that Suchan didn’t approve of, the Journal reports, she asked the audio engineer helping with the event, A.J. Stokes, to turn off his microphone. Stokes refused and pointed to the knob that controlled the microphone. He said Jim Garrison, the adjutant of American Legion Lee-Bishop Post 464, turned down Kemter’s microphone, though Garrison declined to confirm that to the Journal.

In video of Kemter’s speech, he begins talking about the 1865 celebration; after speaking for about a minute about the history, his mic goes out. He taps it to check the audio, and then calls off-camera, “A.J. — mic.” Kemter looks back at the audience and jokes that “this is why you moved in closer, to hear this,” and continues on with his speech. The microphone volume stays off for around two minutes.

Stokes told the Journal he was “very upset” about the incident and considered it “very improper.” After the ceremony, Stokes said he apologized to Kemper and told him he had nothing to do with it.

Kemter told the Post roughly 20 people approached him after the speech, thanking him for his “meaningful” remarks. He left shortly after and did not speak to Garrison or Suchan.

The American Legion has a complicated history of focusing on divisive political and cultural issues, as Jasper Craven previously reported for Task & Purpose. The organization’s national commander publicly criticized Colin Kaepernick’s kneeling during the national anthem in 2016, calling it a “vicious attack on law enforcement,” and in 2011 the Legion pushed back against the repeal of “Don’t Ask, Don’t Tell.”

Kemter told the Journal he found it “interesting” that the American Legion would “take it upon themselves to censor my speech and deny me my First amendment right” to freedom of speech.

“This is not the same country I fought for,” he said.