Army Sgt. Benjamin Cleland is officially one of the most badass shooters in America 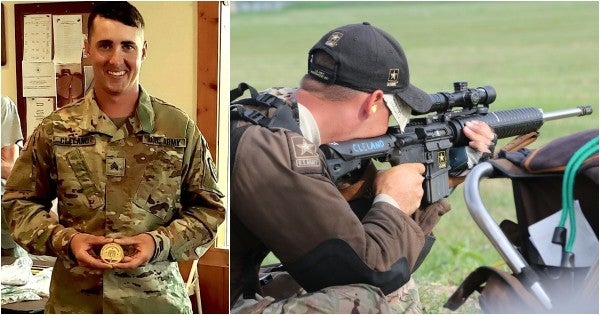 Army Sgt. Benjamin Cleland is officially one of the most badass shooters in America.

The NRA's 80-Shot Regional High-Power Rifle Course's includes four separate matches, each with slow fire and rapid-fire elements. According to the Army, those matches include:

According to Guns.com, Marine Gunnery Sgt. Julia L. Watson owned the previous service rifle high score of 798. As if getting owned on the Marine Scout Sniper Course wasn't enough.